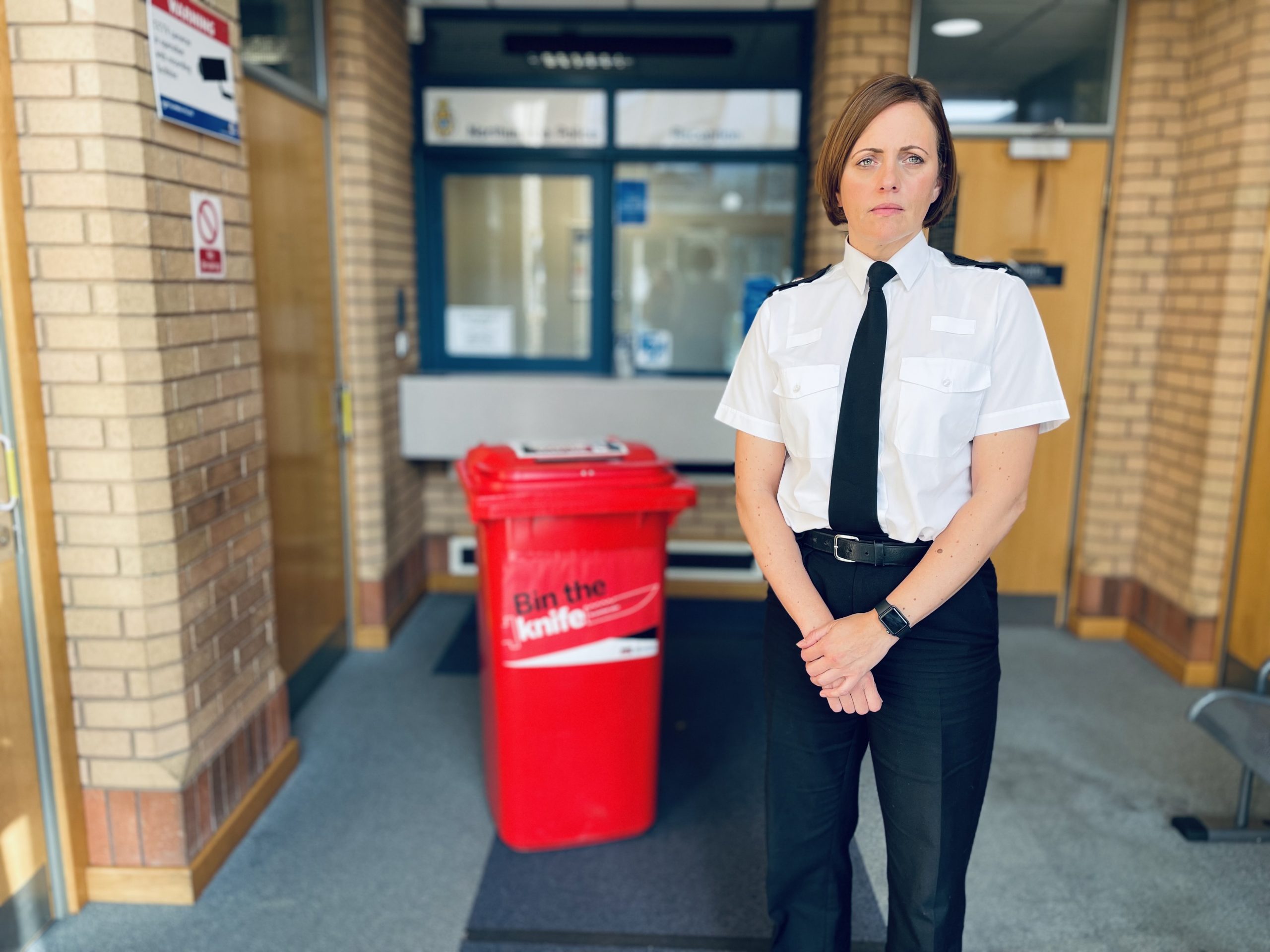 Connor Brown died after he was attacked in an alleyway in the city centre while on a night out in February 2019.

One man was subsequently handed a life sentence after being found guilty of murdering the teenager, while the second was jailed after being convicted of manslaughter. Both admitted possession of a knife in a public place

“The impact Connor’s death has had on us as a family has been truly devastating on a daily basis, it never leaves you, it never gets any easier, and the pain is real, please stop and THINK!”. That is the heartfelt plea from the mother of Connor Brown.

Awareness week ran between November 14-20 and Tanya, the mother, backed this national week of action known as Operation Spectre to reiterate the dangers and consequences of carrying a knife. Officers are also continuing to build on the dedicated work already underway to tackle such offending to keep our communities safe.

Officers will be working with partners to carry out a range of activities from knife searches, to targeting suspects and delivering educational inputs in schools and universities.

Following Connor’s death, Tanya and Simons, along with other family members, set up the Connor Brown Trust to support young people and their families and work with them to help steer young people away from crime, violence and engaging in criminal activities.

Tanya said: “The Connor Brown Trust works tirelessly with young people to educate them on the impact knife crime has on families, friends, and communities. We have carried many workshop sessions”.

Surrender bins have also been placed at seven stations across the Force, with members of the public encouraged to hand over any unwanted knives or sharp objects which they fear could fall into the wrong hands.

She said: “Our message to anyone who carries a knife even if a simple one- you risk destroying more than one life. There can never be an acceptable reason to carry a knife or any kind of weapon and we would urge those who believe otherwise to think again.

“Tackling knife crime is a priority for us and this dedicated operation is very much an extension of the work we are carrying out every single day to reduce the impact of this type of offending.

“From taking positive action against anyone found in possession of a knife, to educating young people about the dangers of carrying weapons- we are committed to working with our partners to make sure our communities continue to be as safe as they can be”.

Surrender bins have been put at some of their stations where people are encouraged to drop off any unwanted knives or weapons. It is a way of disposing of them safely, so they never run this risk of falling into the wrong hands. They have been placed in the following locations:

Northumbria Police and Crime Commissioner, Kim McGuinness, said: “Across the region, we are working relentlessly to tackle the root causes and clampdown on all serious violence. My Violence Reduction Unit and incredible organisations like Tanya’s are working hard to educate our young people and drive the changes needed to support our police and ultimately keep our communities safe”.