The Six Things You Never Knew About Farringdon 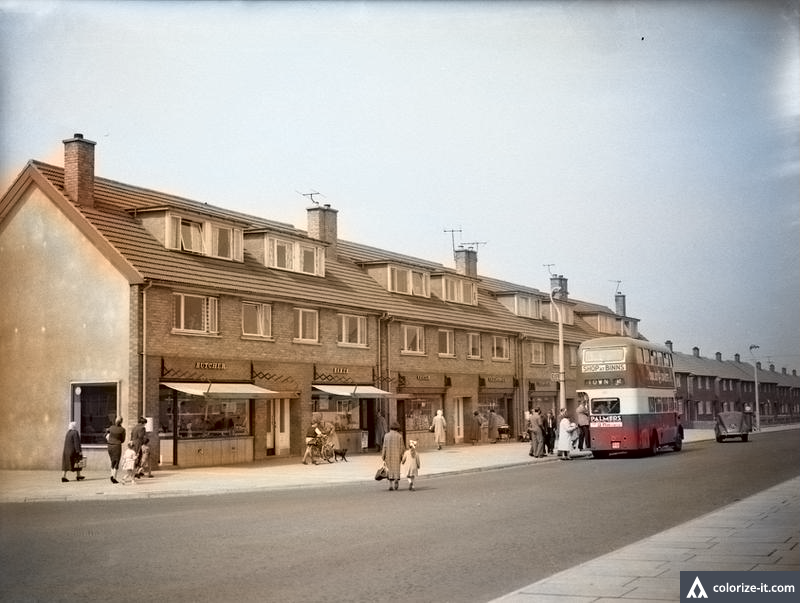 As the newest instalment in the “things you never knew” series about suburbs in the city, today we turn to Farringdon! Sunderland Global Media has since 2020 operated Farnton.org, a local history, research and community foundation that has worked to uncover and depict the estate’s lost history, as well as to campaign for the area. Thanks to the work done through that site, we are able to set out this article! Here is why Farringdon is in fact one of the more underappreciated historical areas of Sunderland:

Its name is of Anglo-Saxon Origin

Farringdon’s history begins with the creation of Bishopwearmouth Parish, when Æthelstan of England granted land in the region to the Bishop of Durham. What would become Farringdon was part of this new parish, and its name is of Anglo Saxon origin meaning “The Hill of Faer or his sons” with “Don” being old English for “Hill” as also seen in nearby Grindon. Who Faer is of course, is lost to history.

Farringdon Was a Community Owned By The Monastery of Hexham

Whilst Farringdon did not appear in the 13th century “Boldon Book” which detailed the lands owned by the Bishop on behalf of the Norman Crown, it did nonetheless appear in the 14th century Bishop Hatfield’s Survey of the lands of Northumberland and Durham where it was described as a “Monastic Grange” of the priory of Hexham. Its properties were detailed as “12 cottage lands, a windmill, an oven and brewery”. Besides the historic hall, the locations of these buildings have been lost to history.

A man called Robert Jakson is recorded as living on Farringdon or “Farnton” Hall in the year 1479. He was appointed by the Bishop of Durham as the baliff of the Sunderland area, of which his job was to collect taxes for a holding court which was based in nearby Silksworth. He also resolved local disputes and served as a coroner for Easington District.

A man from here was executed in the 16th century

In the year 1596 a man who worked at Farringdon hall, simply titled “John” was executed and is found on the death rolls for Bishopwearmouth in that year. What his crime was however, remains unclear.

A Burn ran through Farringdon what no longer exists

Before the estate was built, old Ordnance Survey Maps of the Farringdon estate detail a stream which ran from a swampland called “Farringdon Carr” now for that matter, Farringdon School, and headed into the “Foxy Island” area behind it before meeting up with the Hendon Burn stream. This “Farringdon Burn” is also referenced in at least one Rita Bradshaw Novel set in old Sunderland.

The remnants of the Old Community is Anthony Road

Farringdon hall existed for at least seven centuries. What is left it is reflected by the layout and setting of the contemporary Anthony Road at the heart of the estate. Unfortunately, the farmer hall and farm buildings were pulled down upon construction, but nonetheless this area remains the primary archaeological site as well as place of recognition for looking back on the legacy of the former estate.