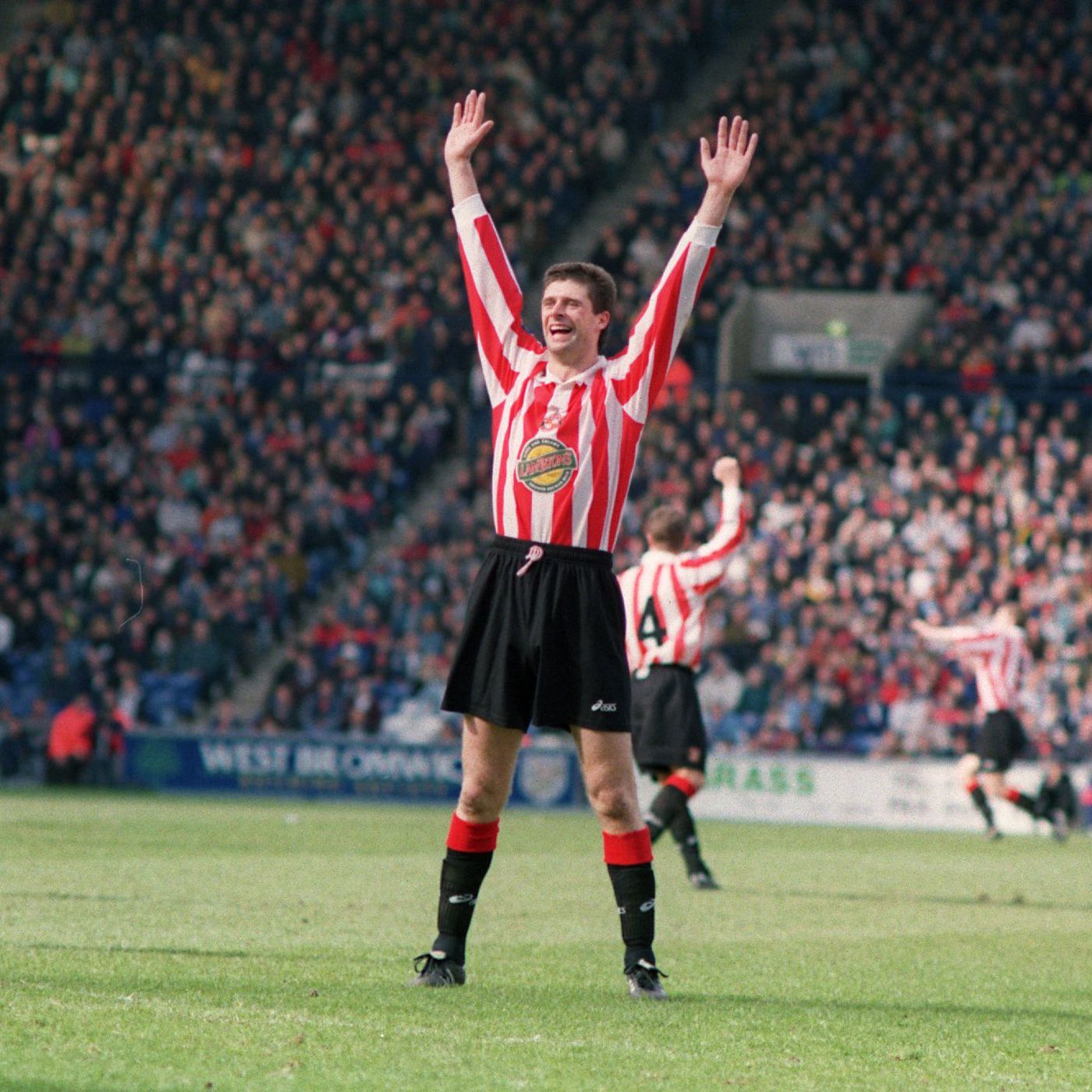 In 1997, Sunderland’s Stadium of Light opened and commenced a new era in the club’s history, waving goodbye to 99 years at Roker Park. Next year sees a quarter of a century at this venue, which has come with its fair share of both ups and downs. But what are some of its greatest highlights? Here we select 10 of what we deem to be the “Greatest” goals at the SoL, focusing on both the quality and memorability of the moment:

This cheeky chip in which capitalized on a defender’s mistake is not so much known for its style or quality, but the fact it was the first ever goal scored at the Stadium of Light, a historical marker which was thankfully our own. Niall Quinn was the one to mark that record, just one of the many legacies that would attach his name so deeply to this club.

The Tunisian midfielder Wahbi Khazri proved himself to be one of the pivotal stars of Sunderland’s fightback season under Sam Allardyce in 2016, sadly the last enjoyable season the club had before it fell into the abyss. Khazri would score a close range rocket from outside the box after the ball bounced around the area for a few moments, the first in what would be a crucial 3-2 victory.

Kevin Phillips demonstrated a flash of what was to come by scoring twice in a 2-0 victory against Watford in 1999, with his second goal being a beautiful curving long range shot which became characteristic of his goal scoring creativity. The goal came upon the back of a widespread belief amongst commentators he would not be able to replicate his scoring ability in the Premier League, they were wrong.

Sunderland were trailing Arsenal 1-0 with minutes to go at the Stadium of Light, until Grant Leadbitter squeezed past two men and chipped a long range volley into the back of the Arsenal net. He proceeded to run to the spot on the pitch where his dad’s ashes were buried underneath earlier that year, and kissed the ground whilst in tears. A Beautiful goal and a beautiful tribute.

Italian Fabio Borini became a fan favourite during his loan from Liverpool to SAFC in 2013-2014, opening his account with a curved long range effort to snatch the Tyne-Wear derby in a classic “2-1” fashion. The goal marked the beginning of the club’s six in a row haul against the mags, part of an unbeaten run which still hasn’t been ended as of 2021.

Boude Zenden sealed the deal in a memorable 3-1 victory over Tottenham Hotspur at the Stadium of Light in 2010 with an 86th minute low angle volley, lobbing in a cross from Jordan Henderson. SAFC had failed to put the game to bed having despite gone 2-0 up with Darren Bent having missed two penalties, which allowed spurs to pull one back through Peter Crouch and then chase for an equalizer. Zenden’s concluding goal subsequently and finally put the game to rest in outstanding fashion.

Despite his time at SAFC being on the eve of what would become years worth of woes, Jermaine Defoe stands out as one of the best pieces of business the black cats have made in modern times, having swapped him for the calamity Jozy Altidore. In the Tyne and Wear Derby of April 2015, one of Dick Advocaat’s first games as Sunderland manager, Defoe sealed the 1-0 win with a magnificent long range volley.

In December 1999 Sunderland destroyed Chelsea 4-1 at the Stadium of the Light, avenging a 4-0 loss on the first day of the season. The black cats raced into a 4-0 lead in 38 minutes, with Kevin Phillips scoring a remarkable long range volley. The game become a symbol of SAFC at its height under Peter Reid, wherein they finished 7th for two consecutive seasons.

Kieran Richardson scored a rocket of a free kick outside of the Newcastle box in the Tyne-Wear derby 2008, earning Sunderland their first ever victory against the mags at the Stadium of Light. Previously, the black cats had failed to defeat their rivals in a home fixture for 28 years, a record which hung over them. Such a phenomenal goal symbolized the perfect way to get that monkey off their back.

Carlos Edwards’s screamer against Burnley in 2007 sealed Sunderland’s promotion to the Premiership in what is widely regarded as one of the greatest and most thrilling games at the Stadium of Light. It was a goal that was only matched by the absolutely ecstatic commentary of Simon Crabtree, who famously commented “It was on the banks of wear, it nearly burst the net! Carlos Edwards, 5th of the season and the best you will ever, ever see!”