An East End Icon Bounces Back With A Huge Saturday Fete, Don’t Miss Out! 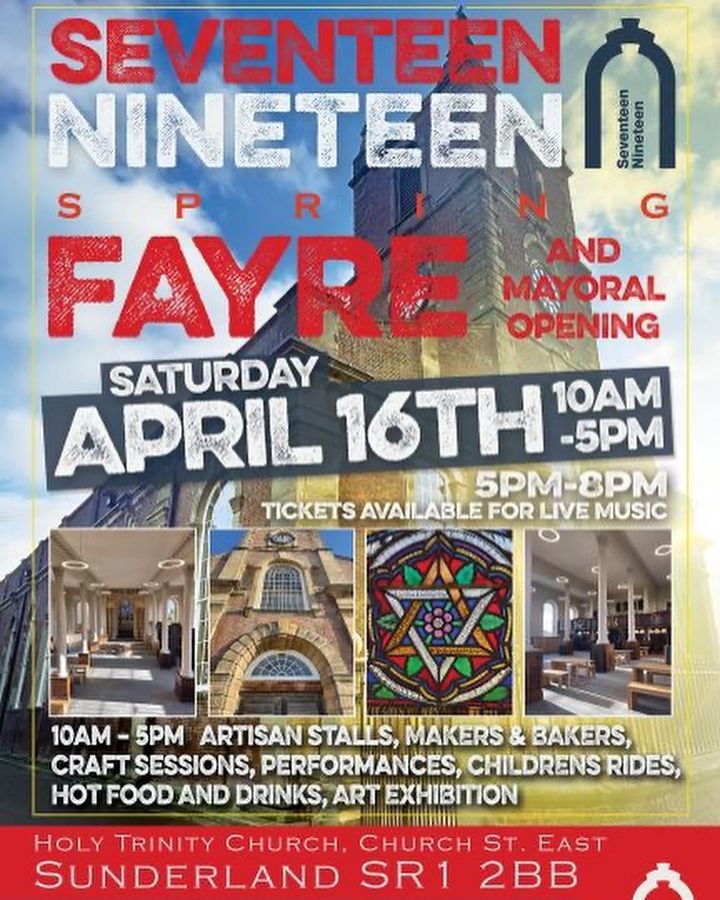 The Holy Trinity Church is a historical icon of Sunderland and its old East End. Built in 1719, it marked the start of a new era for the town as it christened the formal creation of a new “Sunderland” parish distinct from that of Bishopwearmouth, illustrating the expansion of the settlement which would soon give its name to the city that grew out of it.

Yet with Sunderland’s growth, the core of the city’s life would shift westwards and eventually leave the “East End” behind, leading to the church building being closed in 1988. However, a new lease of life has now been injected into it. As you have likely heard, over the past year the Holy Trinity Church has been subject to a million pound restoration which has restored its beautiful baroque design to its former glory under a project known as “17Nineteen“.

The revamped church is now being launched as a community hub known as “The Canny Space” chaired by local Eurythmics musician Dave Stewart and to commence its public opening, a huge fete event has been scheduled on Saturday, 16th April. Running from 10am-5pm, the event will be formally opened by the Mayor. It will consist of food (including kebabs), handmade gifts, artisan stalls, face painting, hair weaving and many other fun activities.

It will then be followed up from a music concert at 5pm-8pm which will host a number of young musicians by “Right Track Music” and the Sunderland Youth Choir. Overall, this sounds like a fantastic Saturday day out. SGM says that this is a fantastic opportunity to support your local community, promote the revival of the former East End and also remember Sunderland’s heritage. Don’t miss out!