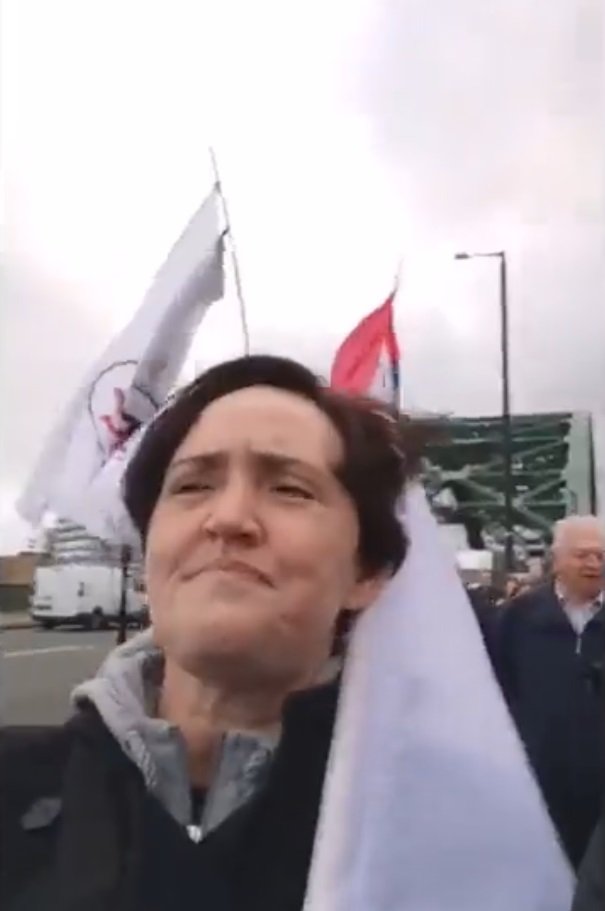 Far-right, anti-Islam politician Annie Marie Waters, leader of the “For Britain” party, was filmed and photographed yesterday attending the Pallion Shipyard Partnership in Sunderland yesterday, professing to oppose the “drugging and raping of young girls”.

Waters, an Irish born self-proclaimed feminist and LGBT activist, gained a reputation for her hardline opposition to Islam, which she uses a position on women’s rights to justify. She has been long associated with European far-right circles, which have included Tommy Robinson, Pegida in Germany and Geert Wilders in the Netherlands.

In 2017, she founded the For Britain party after having failed to become the leader of UKIP. She recently stood for election in Hartlepool borough council, but only received 10% of the vote finishing 6th.

It is in unclear at this point why or how she is affiliated with the Pallion Partnership, which markets itself as supporting local jobs, although it has attracted the support of a number of right wing groups including Neil Hamilton’s UKIP.

Since it voted for Brexit overwhelmingly in 2016, Sunderland has otherwise became a magnet for various far-right and right wing nationlist causes, with many leading figures attending the city.

Last week, Nigel Farage held a GB News talkshow in Holmeside. Whilst previously, Gerard Batton, Tommy Robinson and the notorious Britain First group have all made their presence felt on Wearside.