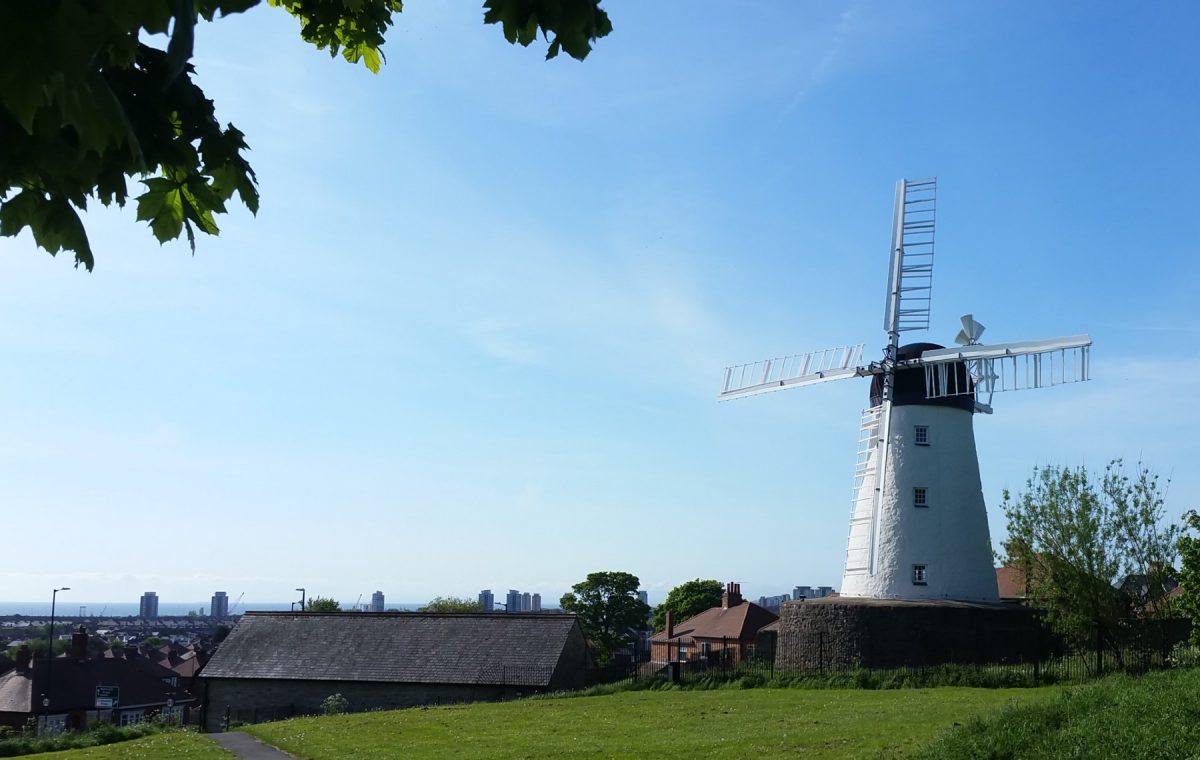 Fulwell is a village to the North of Sunderland, bordering Roker, Seaburn, Southwick and Monkwearmouth, gradually absorbed into the city during its expansion in the 18th and 19th century. But what was there historically? And what has its ancestors left behind? Here as another installment in our “five things you never knew” series, we unravel a number of amazing facts about this area and its heritage!

Records of it first appear in the 13th century

The village of Fulwell as we know it first appears on records in the year 1204, in a document confirming the lands of the Bishopric of Durham. By the next century, it contained 7 tofts and 2 cottages; paying tithes to Wearmouth. Before the famous Fulwell Mill was created, the residents of this village relied on the now lost “Southwick Mill” near North Hylton road. Like all Medieval villages, as seen in Ryhope, Tunstall and Southwick, it had two rots and a green, which was based on what is now Station Road and the Metro Station.

Before the Medieval Village, There was a manor

Nearly every suburb of Sunderland in the Middle Ages hosted a manor, whereby the appointed “lord” resided over the rural land and its tenants. Fulwell was no exception. Preceding the existence of the village, the manor was given to the priory of Durham by Bishop William of St. Carileph in the 11th century. Buildings recorded there in the manorial and bursar’s accounts between the 14th -16th centuries included a hall, chamber, cowhouse, stable, grange and dovecot. However, unlike other manors, the site of the former Fulwell Mansion has been lost.

There was a Roman Presence Here

Whilst there is no evidence of a Roman settlement in Fulwell, its geographic proximity to South Shields coincides with a number of archaeological findings in the area which shows they had a presence here of some kind. These have included the finding of a Roman stone figure in 1820 at Carley Hill Quarry, as well as Roman era remains. Then in the 1970s, a Roman coin attributed to Follis of Diocletian (284-305 A.D.) and a sestertius of Hadrian (117-38 A.D.) were found in the same Quarry.

In 1900 a Bronze Age burial was found at Fulwell. The burial contained a skeleton “about four feet below the surface in a sand bed; it was covered with (limpet) shells and a large stone on the top”. Also in the grave were fragments of cinerary urns. The urns, of which there is a photo, were broken by the workmen, as were the large stones which formed the cist, being used for the foundations of the new street footpaths. However, the bones were covered up and the specific site has been lost. Other prehistorical tools have since been found around the area.

SAFC had one of its earliest grounds here

From 1884 to 1886, SAFC played on what was known as “Abbs Field” in Fulwell, the 5th ground in the club’s history, before later moving onto “Newcastle Road”. The club only ever lost three games at this ground. Having long since been built over, its location is now Prengarth Avenue just off Fulwell Road.