Here Are Five Things You Never Knew About the Herringtons 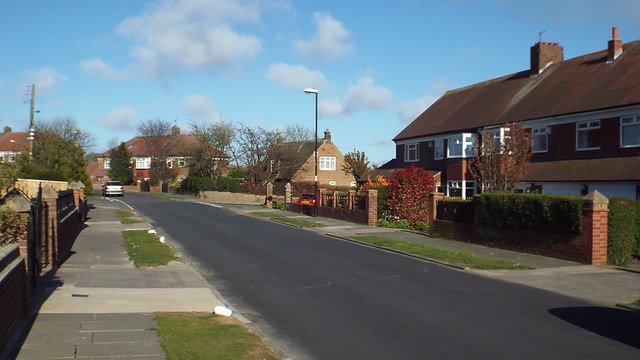 The latest installment of the “things you never knew” series today arrives in Herrington, those quiet and peaceful villages situated to the very Southwest of Sunderland proper towards Penshaw and Shiney Row. There of course a number of them, including East Herrington, West Herrington, Middle Herrington and New Herrington. Having previously covered Gilley Law, Grindon and Farringdon, let’s unravel some of the secrets of these villages!

Herrington was a medieval grouping of villages distinct from Sunderland

What we know as the Herringtons today emerged as a grouping of medieval villages which did not in fact belong to the lands of Bishopwearmouth or Sunderland. Situated around the former “Herrington Manor” which was pulled down in the 1950s, the area in fact constituted a separate parish of County Durham entirely. Incorporation into Sunderland itself is a modern creation. The historical survey of County Durham in 1183, the “Boldon Book” details the existence of Herrington, noting a man named Hugh De Hermas paid 20 shillings to the lord of the manor for the village’s produce.

It had an ancient parish church

As a separate Parish from Bishopwearmouth, Herrington subsequently had its own church too. This church was built in the year 1273 and was located in what is now West Herrington, around the site whereby the newer chapel was constructed in the 19th century before it was demolished. Its name was “The Chapel of Blessed Mary” and was seemingly destroyed during the Reformation.

All medieval villages of course had a “village green” whereby community life was centred around. We see this in Ryhope, Tunstall, Southwick and Bishopwearmouth itself. However, that of the Herringtons has been less well preserved and more subtle to spot. The site of the Herrington village green is purportedly on the green space known as the “West Park” between the A690 and the A19. However, residents are anxious because Sunderland Council are eyeing up building houses on it.

A Knight resided in Herrington in the 14th century

Another fantastic source for the medieval history of the area is Bishop Hatfield’s survey of County Durham and its possessions in the 1300s. This not only helped us see what was Farringdon during that time, but the Herringtons too. The survey reveals that a Knight called Thomas Colvyll held a part of the manor in exchange for foreign service.

There used to be a windmill near St. Chad’s Road

Many former farming communities in Sunderland bolstered windmills, few of which have survived into the modern era. Not only was there one in neighbouring Farringdon, but there was also one in Herrington too. This was supposedly situated on the side of St. Chad’s and Summerhill Roads to the North. It was known as Miller Hill Lonnen