Is the Odeon Building Haunted? A Sunderland Ghost Story 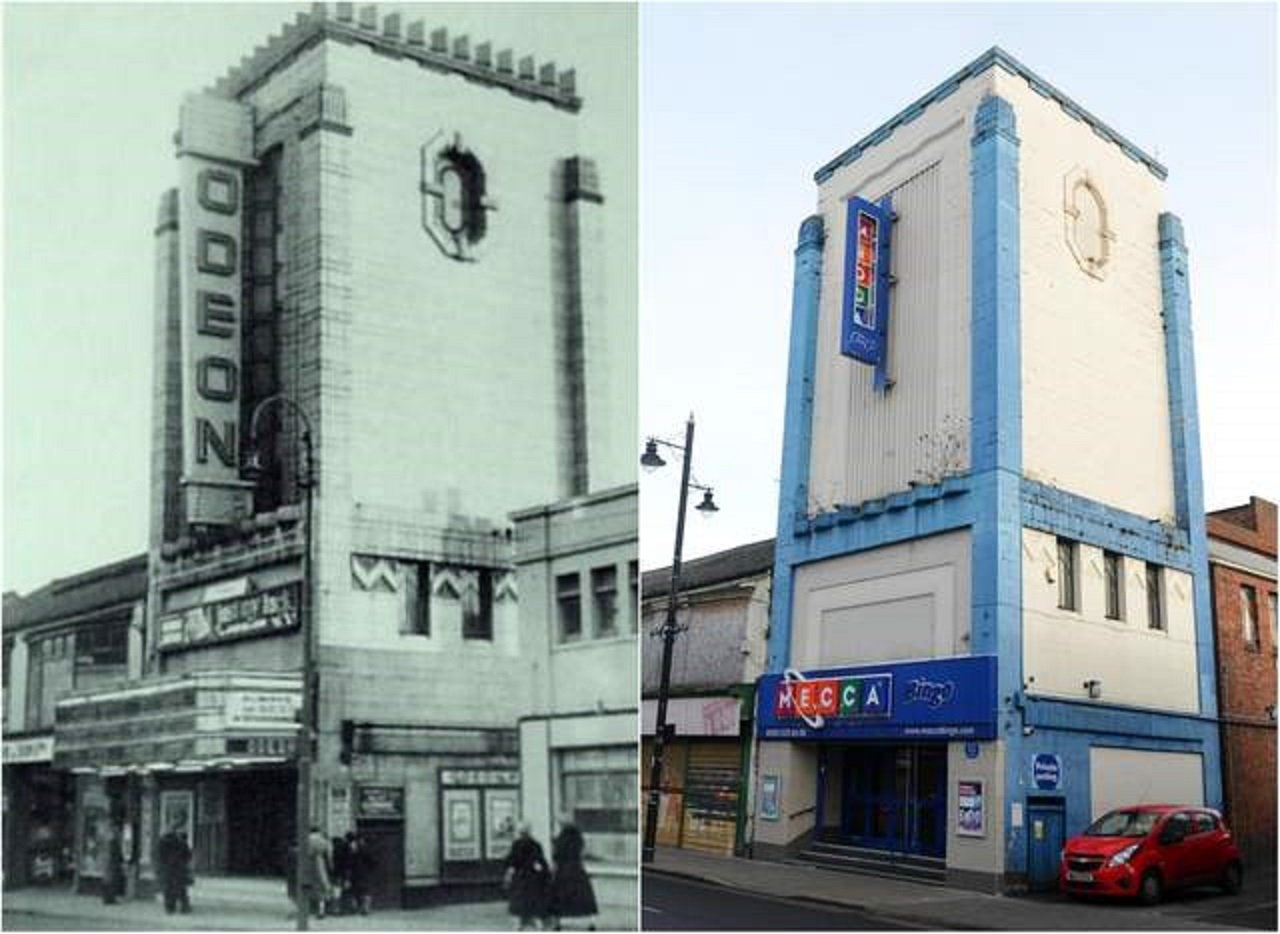 The Odeon, initially known as “Black’s Regal Cinema” is a landmark building in Sunderland City Centre situated on Holmeside, which opened in 1932. Although it is now in a sorry state of disrepair, it was nonetheless known for its iconic tower. Since it ceased to be a cinema, it now operates as a Bingo Hall, which is of course no excuse for its condition.

However back in 1973, the Odeon Cinema building would be subject to a serious of mysterious and paranormal events, which still to this day nobody has been able to explain. This led those working there at the time, as recounted by its former Projection employee Jim Ross, that the building was in fact haunted, leading him and his colleagues to pursue an investigation in which they claimed to see real ghosts.

It was on one day that year that one of his colleagues was working adjusting the large scale “house lights”, required to enter the attic of the building, when they became scared out of their wits hearing unexplained footsteps when nobody else was around. Of course, it was laughed off at the time. But then other unusual events followed, with cleaning staff becoming frightened by unexplained multi-coloured orbs appearing around the building.

Rumours of the haunting soon attracted local interest, and the Odeon staff placed the story in the Echo. Many self-professed “psychics” (described as every one of them under the sun) soon flocked to the building to try and investigate what was going on, yet unsurprisingly none of them had any insights, as if there was little interest towards them. This led Jim and his colleagues decide to try and investigate the phenomena themselves.

One day, they made the decision on morning to lock up the top area of the cinema, known as “the void” completely, ensuring nobody else was inside (with them having the only keys), whilst placing video and microphone equipment on record, complete with infra-red film. Then proceeded to leave it for three hours, before they started preparation for afternoon screenings. They returned, claiming that the temperature of the building had changed from being warm to “being inside a freezer”.

Playing the recording later to the Cinema manager, they sat for 90 minutes yet heard nothing unusual. However, later on, halfway through the tape, they heard a distinct sound of footsteps… similar to what had been heard before. Later that night, an unexplained loud “bang” was then heard from that area. When the film was processed later (remember this is the 1970s), it is claimed the figures of two people were identified, one being an elderly man, the other a young woman (where this footage is now however, must be questioned).

The Cinema staff later claimed that the elderly figure was the ghost of a man named “Old Patrick” who was the first projectionist hired at the Regal Black Cinema in the 1930s. It was argued that his presence was there to look after the cinema, as opposed to being malevolent or haunting people. However, nobody was able to identify the young woman, which then led to the revelation that the cinema was apparently built over an old graveyard of sorts.

Old maps seem to give some credence to this theory. Yet nearly 50 years on, has this mysterious activity ever been experienced in the Odeon since? And to be cynical, why isn’t “Old Patrick” dismayed that his former cinema has become a bingo hall in a state of decay? And where exactly is Jim’s audio and video footage presenting these events? Either way, five decades later, the Odeon haunting remains one of Sunderland’s most extraordinary ghost stories… one which is little known…