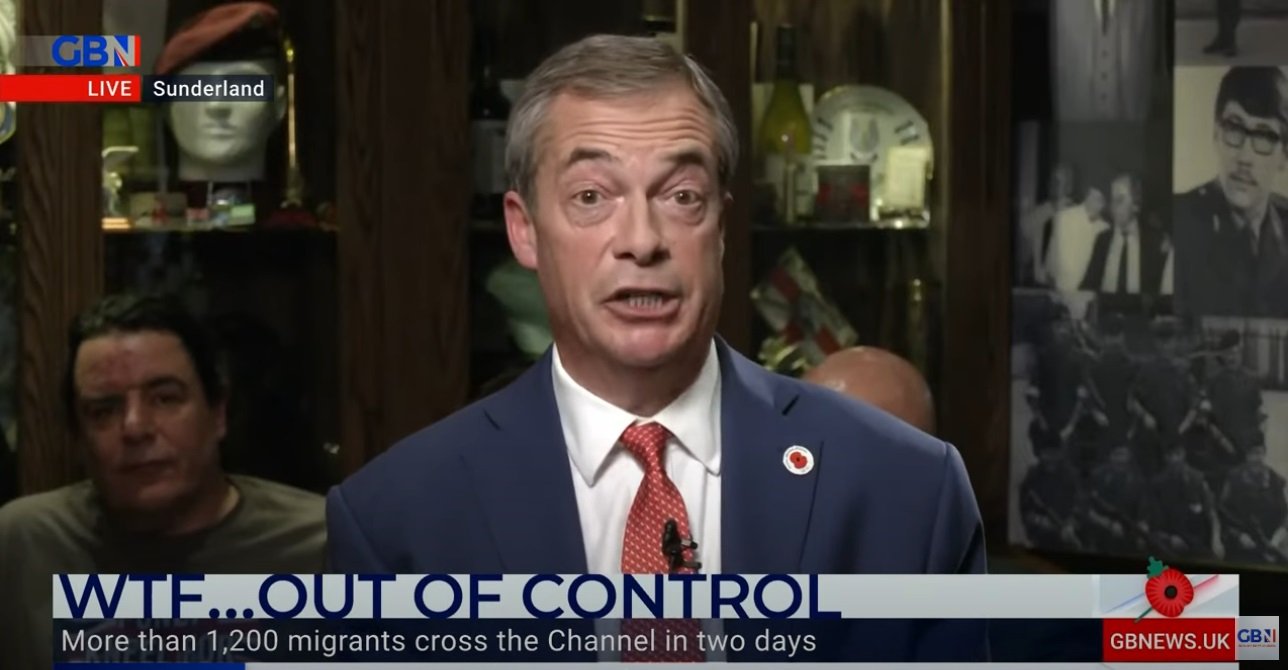 Sunderland yesterday had a surprise “guest” on remembrance day yesterday.

Hosted at the Royal Artillery Club on Holmeside was the “Farage at Large” event, where a small gathering came to watch the former UKIP and Brexit party politician, who now runs a talk show on right-wing network GB news.

The event seen him interview local Conservative councillors, who voiced their confidence in their ability to defeat Labour in upcoming elections, as well as featuring Tom Cutherbertson MBE, who’s son Nathan was killed in Afghanistan in 2008.

Farage commented that the “North East was the friendliest part of the country” and talked about the “Momentous night” of the EU referendum in 2016, of which Sunderland became notorious for, saying it will “live in his mind forever”.

Very much on form for him he also brought up the issue of asylum seekers crossing the English Channel.

“Why should the North East care about this?” he asked, before claiming that the region is “the top destination” for asylum seekers in the country, more so than the North East.

The claim is indeed backed up by data recently published in the Northern Echo which notes there are 179 refugees for every 100,000 people, the highest ratio in England.

In the following question and answer session, he then branded Boris Johnson a “disappointment” when it comes to immigration and accused him of “never being bothered about borders”.

He then said the asylum seekers “bring in a set of values which are very different to how we think and live in this country” believing they will not integrate.