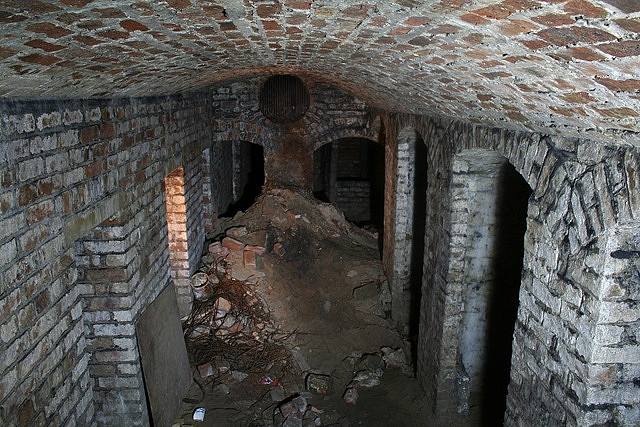 In the early 19th century, burying your dead was a strictly religious process. People buried their dead in churchyards belonging to their respective domination, as the ground was deemed to be “consecrated” and therefore those who did not follow that respective faith were unwelcome.

However, during this period of history there was an explosion in the number of new Christian denominations who did not fit the mould of either Catholic or Anglican, meaning there was a scramble to find new burial grounds for their deceased members beyond traditional churchyards

As a direct consequence of this, a number of unaccounted “mass graves” have often been uncovered throughout the city during construction works in modern times. Whilst Quaker burials have been found on several occasions, another, more remarkable one of these is the hidden Crypt underneath Villiers Street, Sunniside, which was once part of a 9th Century nonconformist Bethel chapel.

Built in 1817, the church used underground burial vaults simply as the booming urban expanse of Sunderland City Centre offered no open land to bury their dead. However, in 1849 a sunday school was built on top of the vaults, leading them to be effectively forgotten.

Although commonly mistaken to be a Cholera victims grave, the Crypt contains the remains of at least 408 people who were part of the church. Its existence was uncovered as early as the 1960s (as the photo above shows) but it was uncovered again in 2010 as part of construction works in the Sunniside area. This allowed archaeologists to excavate it for the first time, as well as journalists to photograph it (as the featured picture shows).

Since being uncovered again, however, the crypt has since been sealed off to the public. Ultimately, it is the final resting place of hundreds of people, and it is not appropriate for young people, louts, thieves and vandals amongst others to be going in here and disturbing such remains. Some things are best left undisturbed.