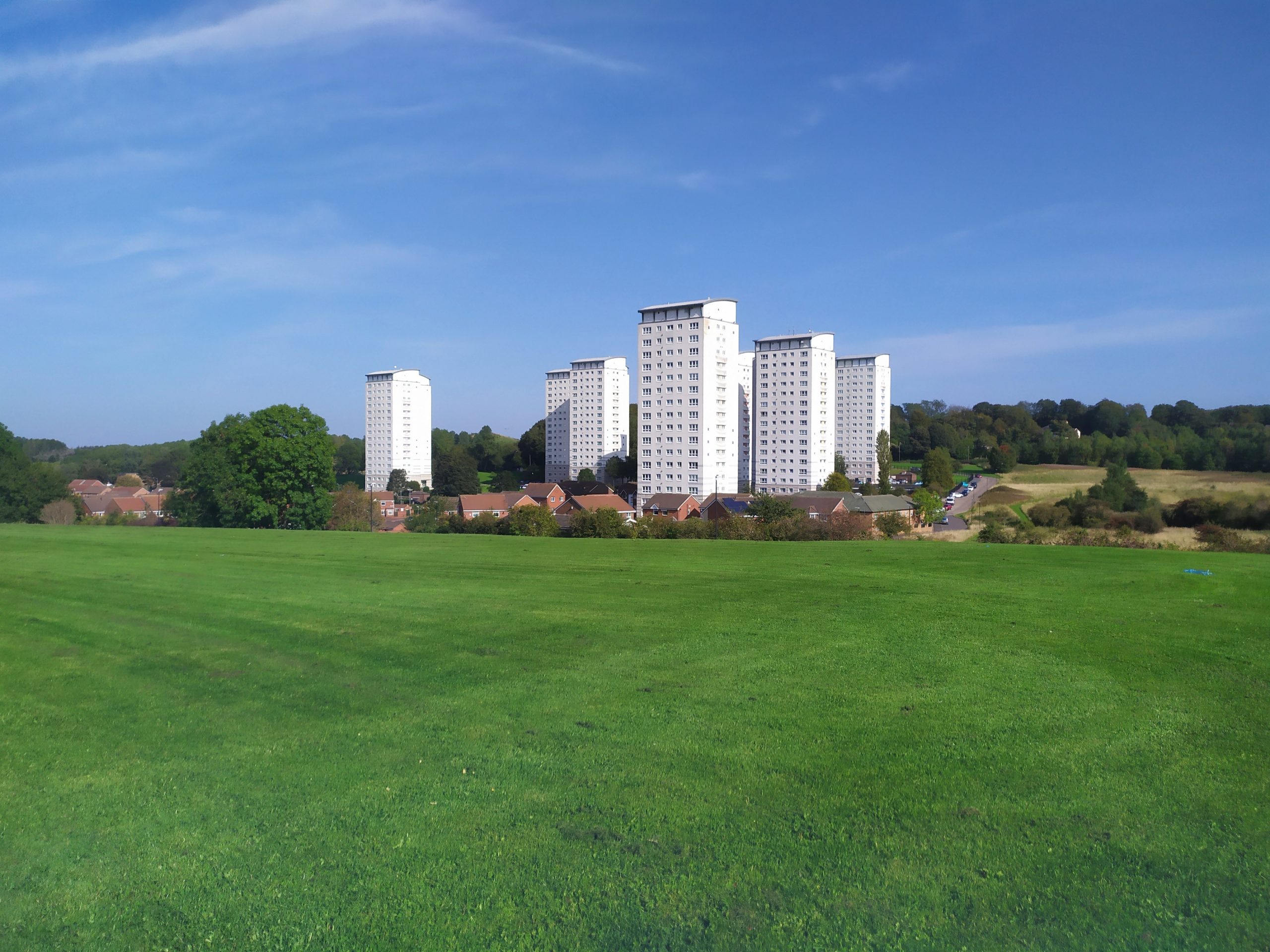 “Gilley Law” or sometimes known as “Lakeside Village” is a suburb of Sunderland to the city’s southwest, bordering Silksworth, Farringdon and Doxford Park. Constructed in the 1960s as a postwar housing estate, the area is known almost exclusively for its overarching towers which are the tallest buildings outside of the City Centre. But is that all there is to it? Nothing more interesting about this place? Here we set out six interesting things you never knew about Gilley Law and its history, the suburb where there is far more than meets the eye.

Its name is from the Saxons and Vikings

Where did the local name “Gilley law” come from? There isn’t much trace of it in history books, or traceable records before the modern era, but every name has an origin and source, which leads us back to the historical period it came from. Gilley is in fact a word of Norse origin once termed “ghyll“. It means a valley or ravine, which ultimately makes sense as the Hendon Burn stream carves through it and on the accompanying “Foxy Island” landmass creates a small valley. “Law” on the other hand is an Old English word derived from the Anglo-Saxons which means hill or burial ground. Compare “Gilley Law” to “Warden Law”- Perhaps something of significance was buried there? But otherwise, “Gilley Law” means “The Hill Valley”

The Hill is In fact Behind the Neighbourhood

The actual “Gilley Law” hill itself however is not where the towers exactly are now, but in fact refers to plateau’s above it to the east past Silksworth lane, which are marked on old ODS maps as “Gilley Law”.

It used to be a plantation and a Quarry.

Historically, the Gilley Law hill used to host both a limestone quarry and plantation. The area below it was empty farmland and wilderness which the stream ran through. At some point in history, the name of this area became transplanted onto the new village itself.

Built in the 1960s, the suburb’s original intention was to clear out slums from Millfield as part of post-war reconstruction. The new lakeside village came with “a collective heating scheme” which was the most ambitious in Britain of its time and compared to a Communist design in the Soviet Union. The village held a single boiler based at Silksworth Colliery fuelled by coal, which pumped hot water collectively to the apartments at a cost of 10 shillings per week for tenants, metered by the Sunderland Corporation.

One of the Oldest Railways in History Once Passed through it

The narrow footpath that runs down the west hand side of Gilley Law is the former Hetton Colliery Railway, which was designed by George Stephenson in the mid 19th century and was the 2nd commercial railway in history, the first which transported coal and was not animal powered. This line would transit coal from Hetton up through Sunderland, passing by Gilley Law into what is now the Ski Slope Park, Plains Farm, the Barnes and up into the river wear, where it could be exported by boat.

It was also a hunting ground

The open fields of Gilley Law and the accompanying area now dubbed “Foxy Island” was in fact a favourable hunting ground in the 19th century, where men on horseback would seek game. There’s a reason why the accompanying pub on Silksworth Lane is called “The Poacher’s Pocket” because that’s precisely where the hunters would go after they got their kill.