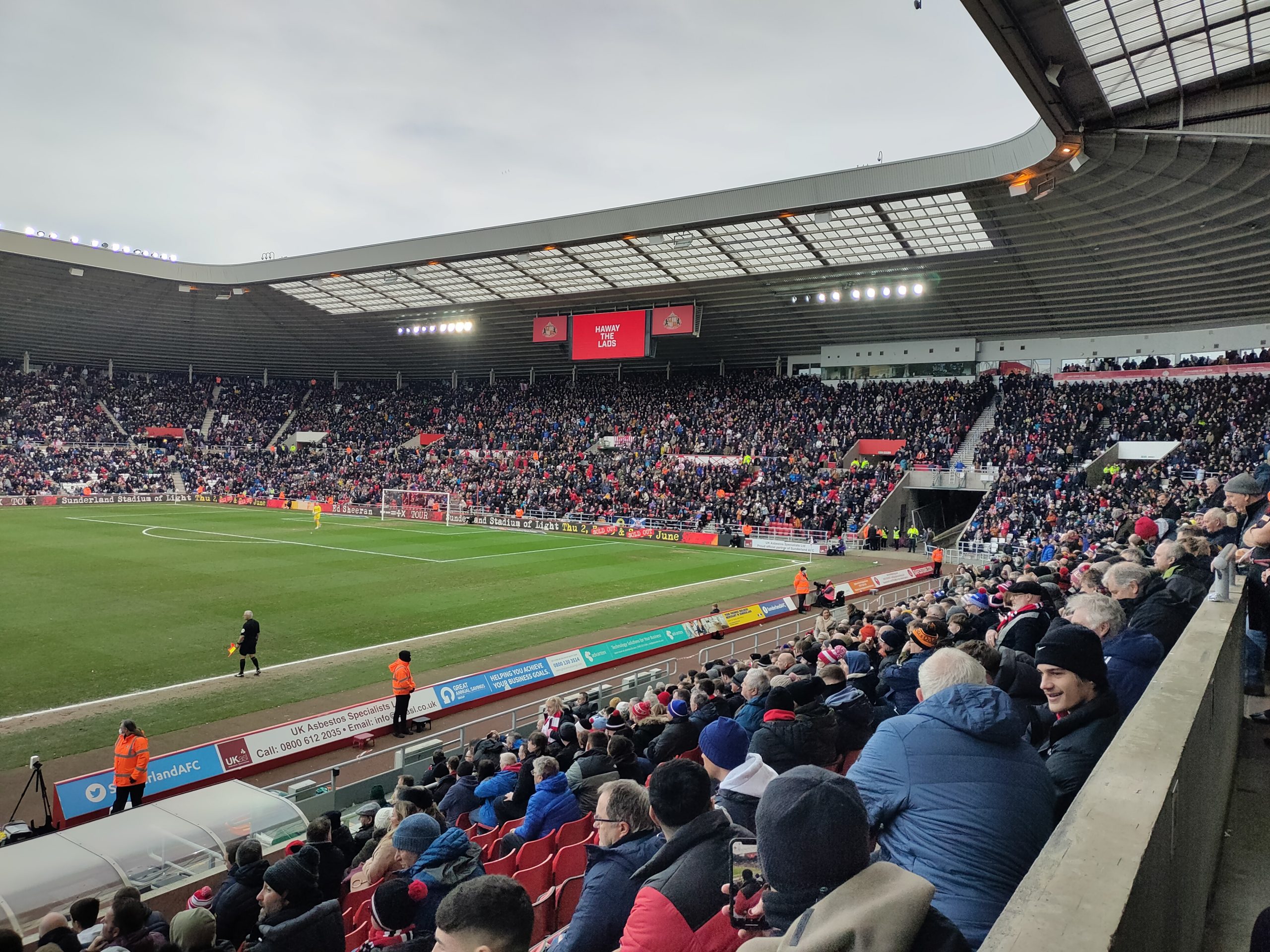 Not the homecoming Jermain Defoe would have liked for his first game back at Wearside.

Sunderland’s abysmal form continues as they fall short against a Doncaster side who are doomed for relegation.

The Black Cats’ drop down to fourth as they drift away from the automatic promotion places.

The game started off sluggish for Sunderland with few chances and constant negative passing.

In the 22 minute, Doncaster fancied their chances with a quick breakaway.

Attacking midfielder Josh Martin played in a lively through ball to Reo Griffiths who found himself 1 on 1 with the keeper and he slotted the ball into the right hand corner brilliantly.

There was an eerie feel inside the ground just before half time as the stadium was in silence as the referee was set to blow for half time.

However, just before the half time whistle Sunderland struggled to defend a corner and push out.

Joseph Oluwu found Tommy Rowe who blasted the ball high into the net.

The Sunderland fans were rightly furious.

The second half was again slow with few clear cut chances.

Ross Stewart saw a header it the post half way through the second half.

Sunderland looked depleted throughout the game with no ideas or intensity.

In the 89th minute The Black Cats’ managed to finally get their goal in a scrappy fashion as Corry Evans managed to squeeze the ball in from a few yards out.

That was a disgrace from the lads today.

I saw no passion, no intensity, no eagerness. Nothing!

We were playing bottom of the league and thats how we perform.

The team that Mike Dodds and Co. Put together was nothing short of shocking!

A midfielder playing in centre half, a winger playing wing back?

The likes of Jack Clarke, Patrick Roberts, Jay Matete, Leon Dajaku all sat there on the bench!

We got hammered 6-0 last week and we made just the 1 change to the side.

It could have been a brilliant event today with the chance to convince some of the fans that have stayed away to come back.

But the lads bottled it today and it was pathetic!

The highlight of the game was seeing Jermain Defoe get his chance.

It was a shame it was too late and we were playing as bad as we were.

Struggled throughout. He looked weak coming for crosses and made a couple of dodgy saves that he could have kept a hold of.

When will he be dropped?! He offers nothing and he keeps getting moved from right back to left wing but plays terrible in both positions.

it’s hard to give him a proper rating. Why was he playing as a centre half? Did ok considering, could have tried to get the ball forward a lot quicker at times. Got caught out of position a couple of times but what do you expect.

kept getting caught out of position when Doncaster were Coming at us on the break. I was sick to death of seeing the ball move between him and Doyle in the second half!

Similar to Batth. Positionally poor, gave the ball away many times. Passed sideways and backwards far too many times.

He was our biggest attacking threat in the first half. However when he got forward he was clueless as to what to do with the ball. In the second half he was quiet.

Poor thoughout. Lost the ball many times and when he wasn’t losing it he was passing backwards. Got a goal which gives him an extra rating.

To be honest. I forgot he was playing. He offered nothing. He was unlucky with a shot that struck the post in the second half.

Looked lively at times but still poor compared to how he has been this season.

Isolated through out and struggled against a physical Owusu.

Didn’t have enough time to make an impact but it was nice to see him back in red and white.

Looked lively when he came on and was looking to get the ball forward quickly.