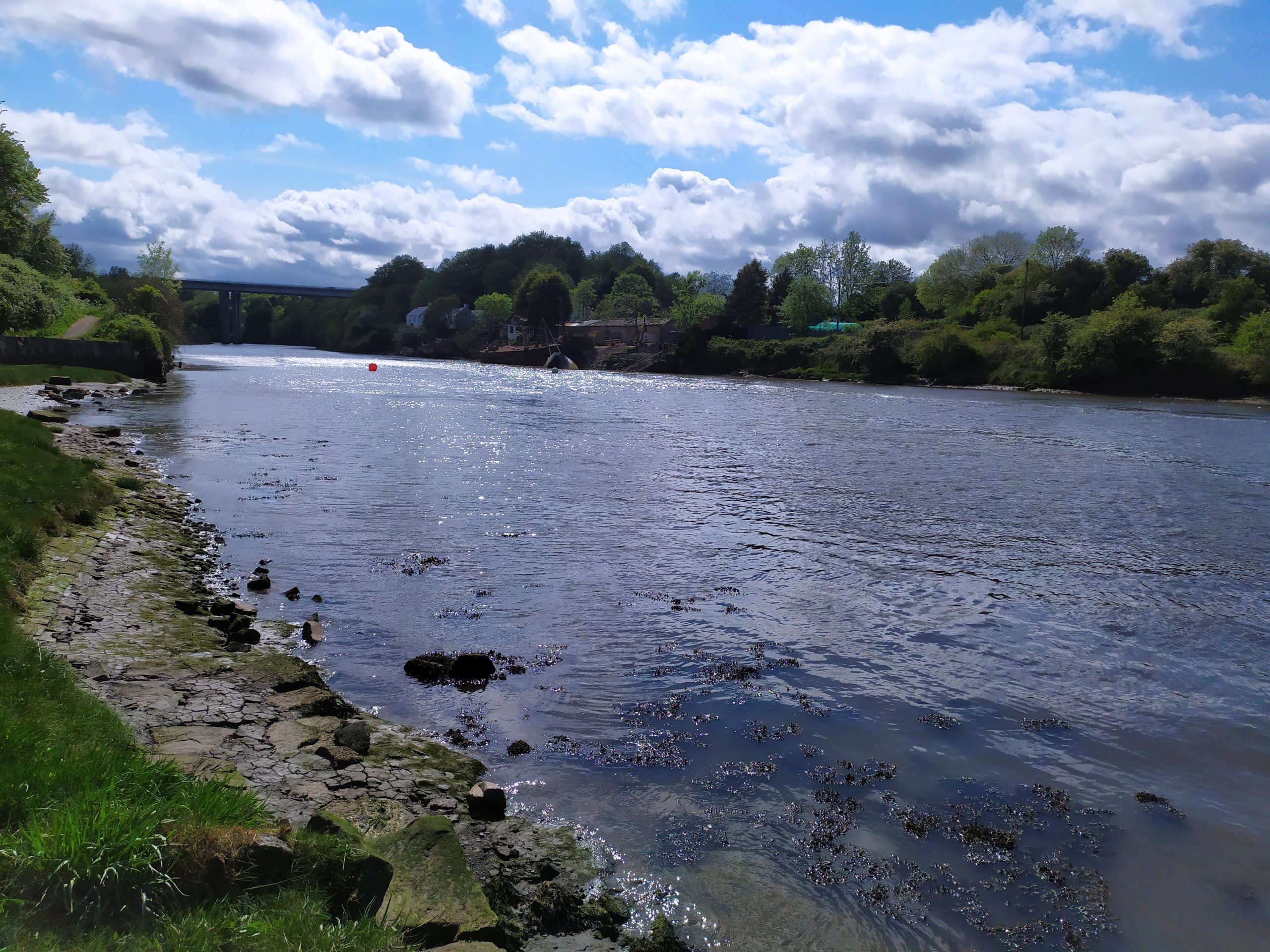 South Hylton is a very quiet settlement on the River Wear. Its name is shared with the settlement across the water, of which referred to “The Hill Farm” in Old English and was a subsequent village in the Middle Ages. During this time, South Hylton was known as “Low Ford” or “Hylton Ferry” precisely because it was a crossing in the shallow waters of the Wear. It was known as a collection of farmsteads. Then in the modern era, it boomed into a mighty industrial village primed for its shipbuilding and its abundance of pubs. But as the world changed and shipbuilding declined it developed its current character, with the A19 bridge soon annulling its purpose as a river crossing too.

But evidence increasingly shows that there was something long all before that. Its location as a shallow passage from North to South is something that has been of strategic and logistical value for thousands of years. It is said that during low tide, it is possible to cross the River Wear at South Hylton by foot (don’t try it) but if you go any further downstream that’s impossible. This brings us to the revelation, with an ever growing body of evidence, that the first inhabitants of this area that would later become “Hylton” were in fact the Romans, and today we’re going to show you precisely how in as much detail as possible.

It is conventional wisdom that a permanent Roman settlement in Sunderland has never been found. Yet one should not equate the lack of a city for the lack of a presence. In the 19th century, a historian called Jeremiah William Summers published a book called “The History and Antiquities of Sunderland” where he made a compelling argument for a Roman Presence based on their strategic logic. To understand this, you need to look at maps and think. The Roman Empire at its height occupied the North of England up to Hadrian’s Wall in Newcastle, a massive defensive structure which spanned from coast to coast. It held defensive posts in both what is now South Shields and Chester Le-Street. The River Wear was named by them “The Vedra” and appears on their ancient maps, but from a military point of view would they have simply ignored the mouth of the River? and seen no benefit in it?

Summers says no. According to his book (available for free online) Sunderland’s elevated terrain was crucial from a defensive and reconnaissance point of view. From Tunstall Hill he notes that on a clear day it was possible to see as far North as the Cheviots in Northumberland (enemy territory in Roman times) and far as South as the North Yorkshire Moors. There are many other hills in the area which perform this function, including that of Pennywell Hill which lies immediately and conveniently above South Hylton of course. He also argues that the Romans would never have missed the opportunity to maintain control over such a strategically important river, which as we set out above was too deep to cross by foot at its mouth yet perfect at the spot of South Hylton, which ought to be guarded or monitored.

And here is where archaeology coincides with our thesis. In March this year a quiet, yet revolutionary archaeological discovery took place next to the Riverside at Hylton which revealed a number of Roman era anchors, adding to a theory that this area was a port or dam during the Roman era. It added to a longstanding local debate and speculation over a series of what had been known as “brigstones” forcibly removed from the river during the Victorian era and relocated behind the site of the old North Pier in Roker (in front of the boat club). People argued as to whether these stones were truly Roman due to an inscription once being found on one of them, but the latest finding now adds weight to this argument. It appears the Romans had created a port, crossing or dam at South Hylton used for both commercial and military control of the River.

But that isn’t all, these discoveries come alongside decades of Roman Coins being found around both North and South Hylton, as well as the finding of a roman sword. In the 19th century, the distinguished local historian Robert Surtees recorded the discovery in the river of a Roman milestone inscribed with a dedication to the Emperor Gordian. None of this is a coincidence or a one off visitation to the area by Romans, it appears it was an area whereby they crossed the river back and forth. This leads us to question, what else has not yet been found? (On other side of the River) and are there any remains of permanent buildings? There ultimately continues to be more questions than answers, yet the history is clear and we have to remove the mental blockade from our minds that the Romans “were not in Sunderland” because seemingly they very much were.