Legends of Sunderland: Dave The Rave 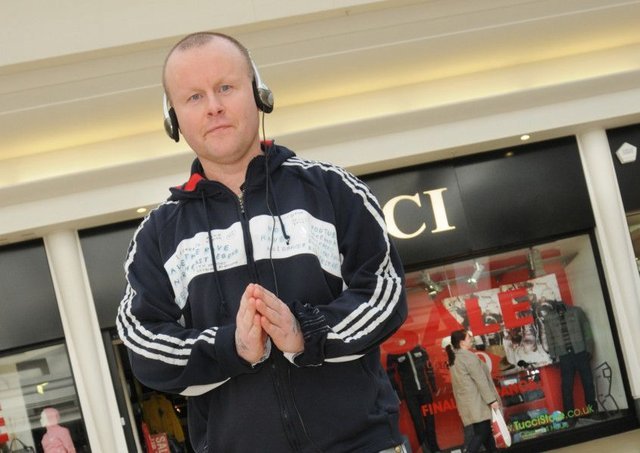 We saved the best until last.

Dave the Rave is probably the most iconic, active and known character in Sunderland at this present time, not least the most beloved. Throughout our series we’ve covered local figures both past and present, including many who passed away in recent years. But Dave the Rave is still going, still dancing and still in his heyday as he reaches roughly 50 years of old. This is our tribute to him.

Most people will be aware that Dave’s real name is David Common, albeit there is nothing “common” about such a unique and outgoing character. He hails from Pennywell and was born around 1971. Despite this, he’s reportedly been raving around the Sunderland Club Scene as early as 1989 in places such as Marlowes, something he got into as a young man setting out a legacy which has now spanned three decades. He’s been seen raving all over from South Hylton to Seaburn.

As someone wrote online: the “1st time I went drinking down the town he was stood in Blandford street raving with his Walkman on and holding a breeze block on his shoulder in a ghetto blaster style. That was 1993”. When the Old “Blue Monkey” burned down that decade, a place he frequently visited, he reportedly cried his eyes out. Soon of course he moved onto the New Monkey in the early 2000s, where he was described as “the last person standing” by 7am.

David has worked a variety of jobs and positions over the years including working in the bars, as a paperboy, in a Blandford Street charity shop and more. Some people have incorrectly questioned his sanity or mental faculties due to what he does. There are a lot of false rumours to disregard, and we don’t need to go into them. Anyone who knows him directly will now that Dave the Rave is a kind, down to earth, humble and well spoken person who has a genuine passion for what he does.

Whilst it is obvious that Dave the Rave does what he does because he enjoys attention and being loved, there are no flies on him and he is not stupid or lacking. Sometimes you can find him in local libraries and he is very good for a conversation. Anyone who’s met Dave in a “serious” context, including in the library, hospital or wherever can testify to this. He’s a good lad, and people at large don’t have anything bad to say about him.

Dave is a massive fan of SAFC. He is said to be a season ticket holder at the club (if formerly) and loves to talk about the team. A few years ago he appeared on the famous Sky Sports Talk Show Soccer AM. He’s also a deeply religious man who vests a lot of faith in Jesus, often the subject of many of his raves.