The Story of St. Peter’s, One of the Oldest Stone Churches in Britain 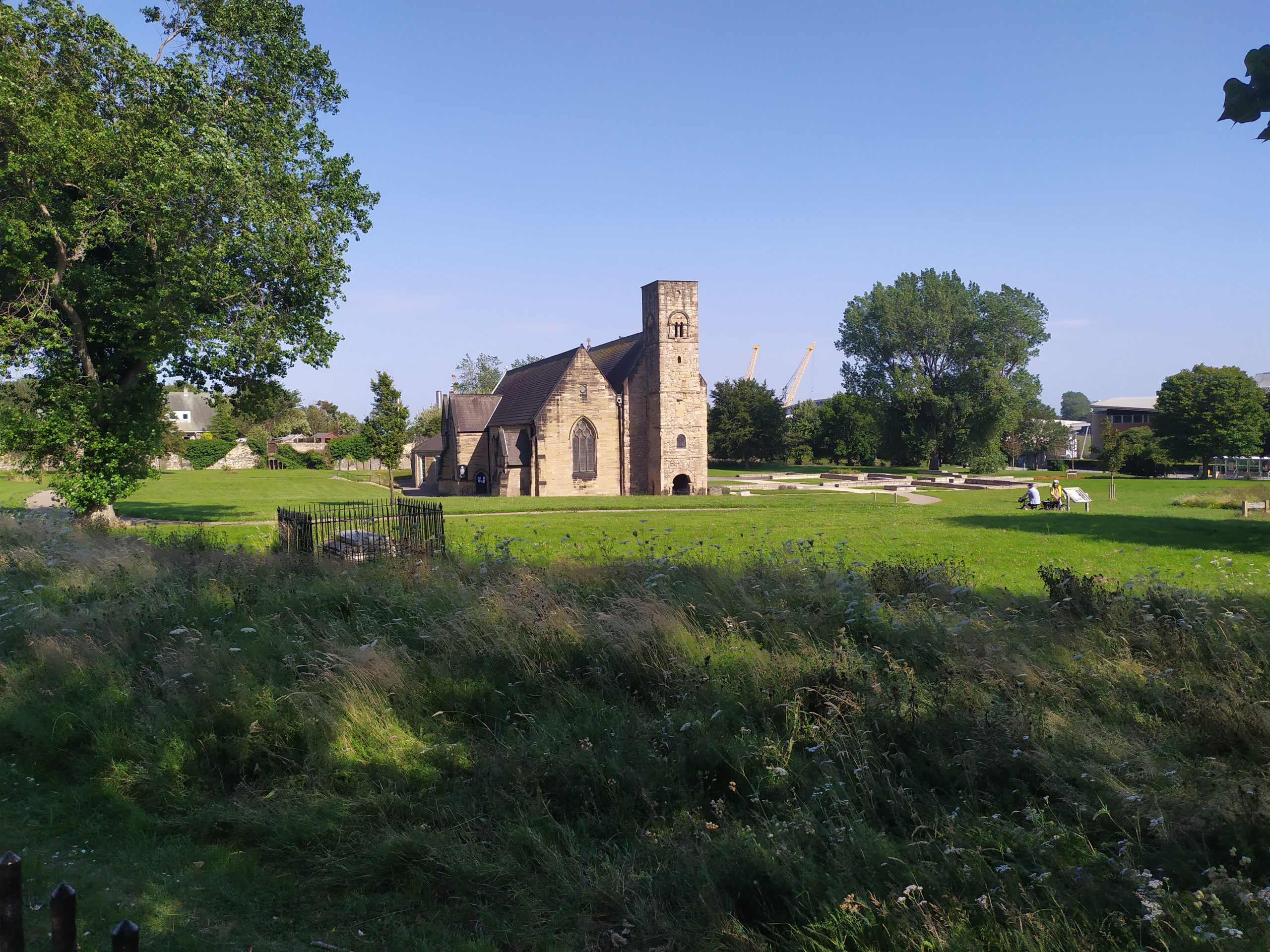 In 674, Benedict Biscop, a Northumbrian nobleman built a monastery known as Monkwearmouth which was part of Anglo-Saxon Northumbria. The king of Northumbria, Egfrith, gave him fifty hades of land at the mouth of the River Wear. The monastery was dedicated to St Peter and became known as St. Peters at Monkwearmouth.

Monkwearmouth was one of the first church structure to be built out of stone in England. Benedict acquired Frankish stonemasons and brought them to England to construct the monastery. He also brought over glassmakers from Frankia to fit the windows of the church and chapels with fine stained glass and within a year, the monastery was completed.

In 682, King Egfrith gave another 40 hides of land to Biscop for a second monastery which was to be at the mouth of the River Trent in Jarrow. Monkwearmouth was a magnificent example of the Roman style of architecture and Jarrow became the centre of Anglo-Saxon learning in the north of England. It contained the largest library in Anglo-Saxon England. Which saw Bede, the great Anglo-Saxon scholar study, teach and write there.

120 years after the monasteries were built, the Vikings attacked Monkwearmouth and Jarrow. Just one year after the devastating raid on the church of St Cuthbert in Lindisfarne that sent a shockwave through Europe. Even though the Vikings had raided England before in 789, landing on the coast of Wessex and killing the king’s reeve. The assault on Lindisfarne struck differently because they attacked the sacred heart of the Northumbrian kingdom. Desecrating the very place where the Christian religion began in that region.

794 is when the Vikings first raided Monkwearmouth and Jarrow. It is said that the flames were so hot that the glass was melted. The Abbey was destroyed by Danes in about 860 and it was finally abandoned in the late 9th century. Their location along the coast of Northumbria made them easy targets for Viking raids.

Inside the current church can be seen the original carved stone within a reconstruction of the abbot’s seat. And outside the present day church are pavements and low walls denoting the positions of the 7th century monastery originals preserved underneath. It is believed that there is still considerable archaeology to be discovered if it has not all been destroyed by the Viking raids, farming, world wars and industrial activity over the 1,348 years since its creation.