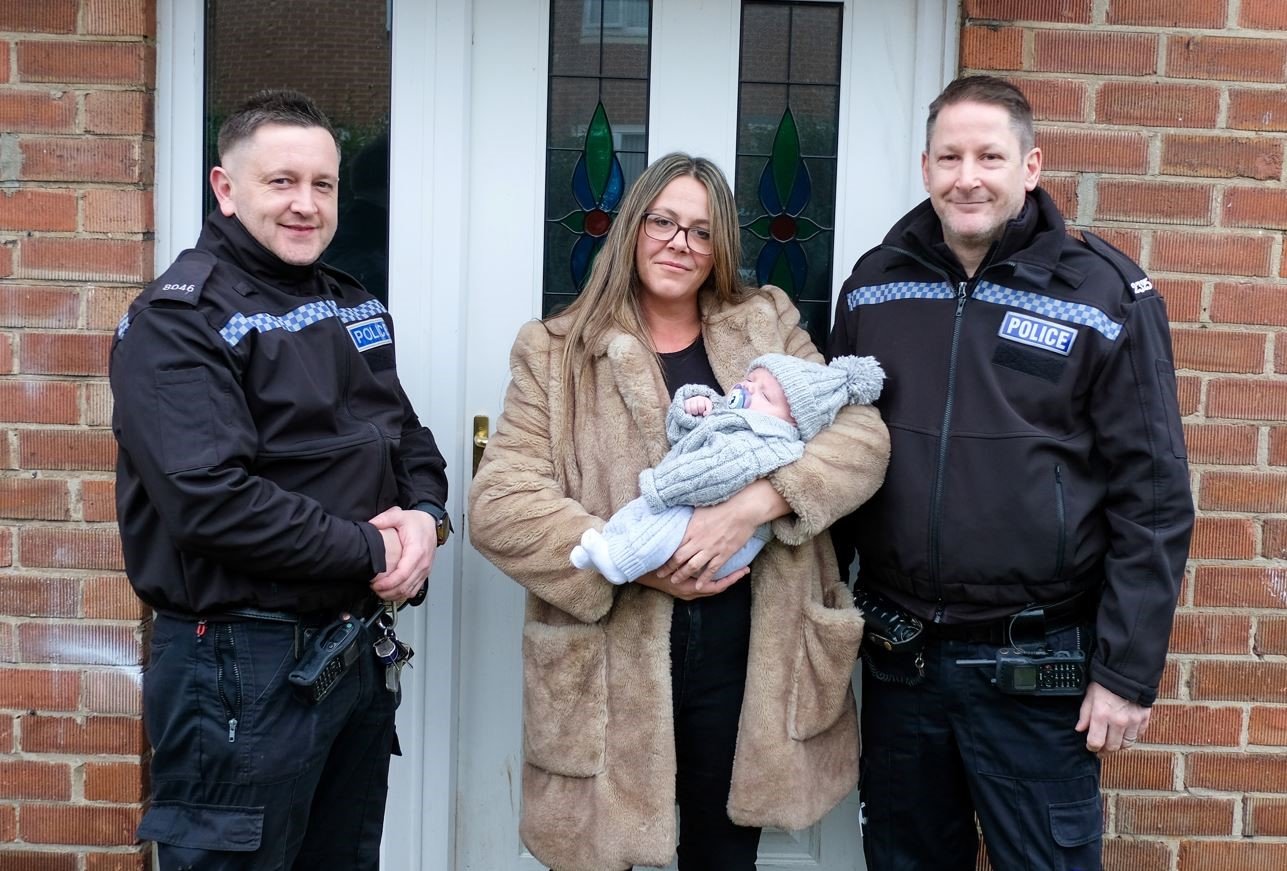 Arleen 31 said, “I was in total shock, Lenny Lee was foaming at the mouth, and it was just sheer panic. I couldn’t believe what was happening. Thank goodness these two officers were on hand to help”.

After spending the night in hospital on December 22nd, Lenny Lee returned home the next day and was on the mend. Now, with Lenny Lee safe and sound, the selfless PCs have been reunited with thankful mum Arleen at her Wearside Home.

The baby was given a special police teddy bear to cuddle with by kind-hearted PCs Hutchinson and Fenwick.

Looking back on the incident, PC Hutchinson said “I’ve seen a lot of things as a police officer and not much phases me- but this certainly put that to rest. I’m just so pleased that Lenny Lee is safe and well”