What was being filmed on Roker Beach Yesterday? New Picture Focuses on Local Figure 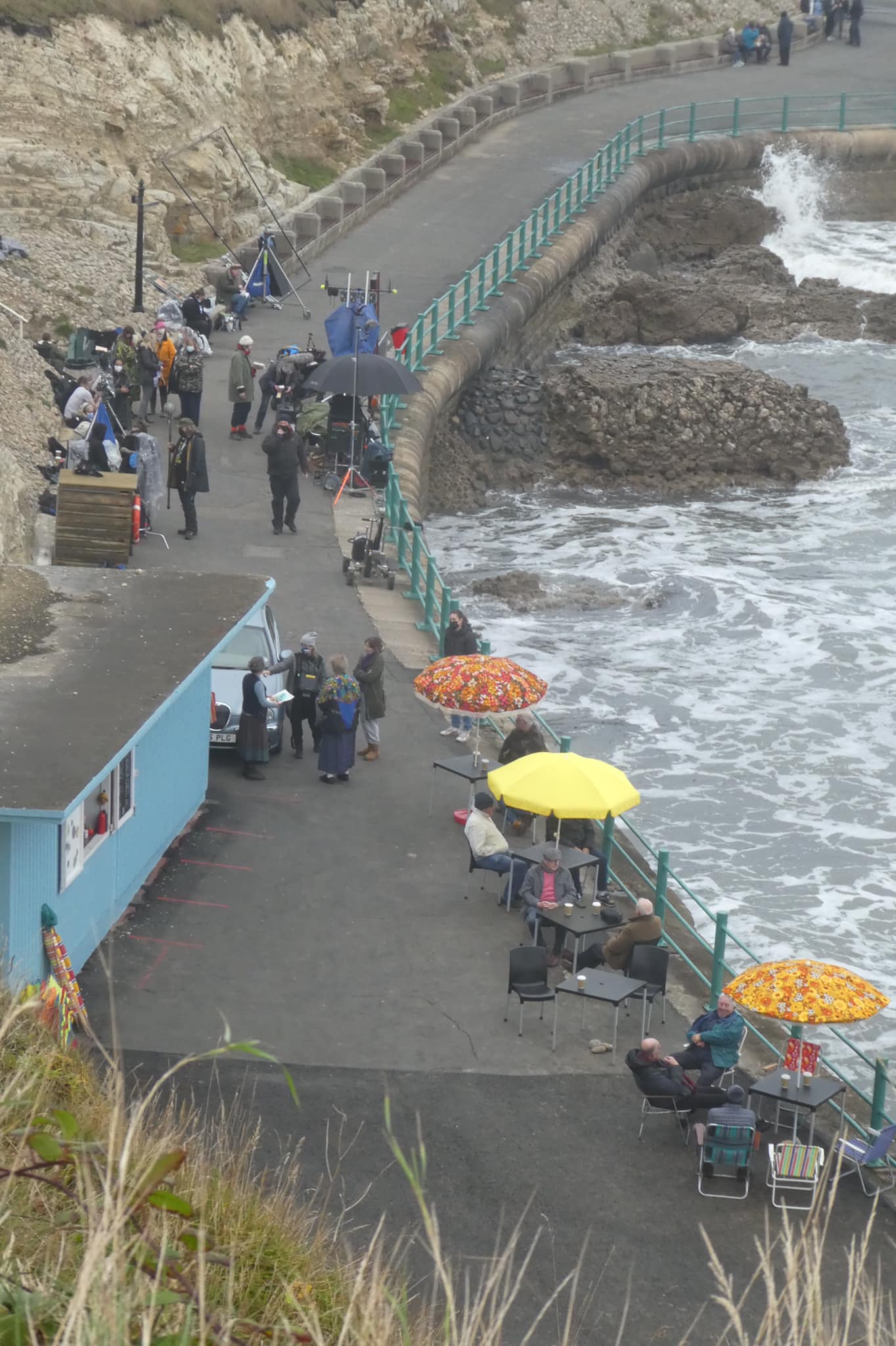 The film in question turned out to be a scene in the upcoming “Typist Artist Pirate King” by English director Carol Morley, who has received BAFTA nominations for her work before.

The picture is deliberately local for a reason, it will explore the life of Sunderland born artist and typist Audrey Amiss (1933-2016) and is currently in the early stages of production.

The film is built around “hundreds of letters, diary entries, and works of art that were donated by her family” which will touch upon the “story of a lovably eccentric artist who nonetheless struggled deeply with mental illness” and “will “look to capture Amiss’ amazingly interesting, often heart wrenching persona on film through the lens of a road movie.”

It is expected to be released on Channel 5.