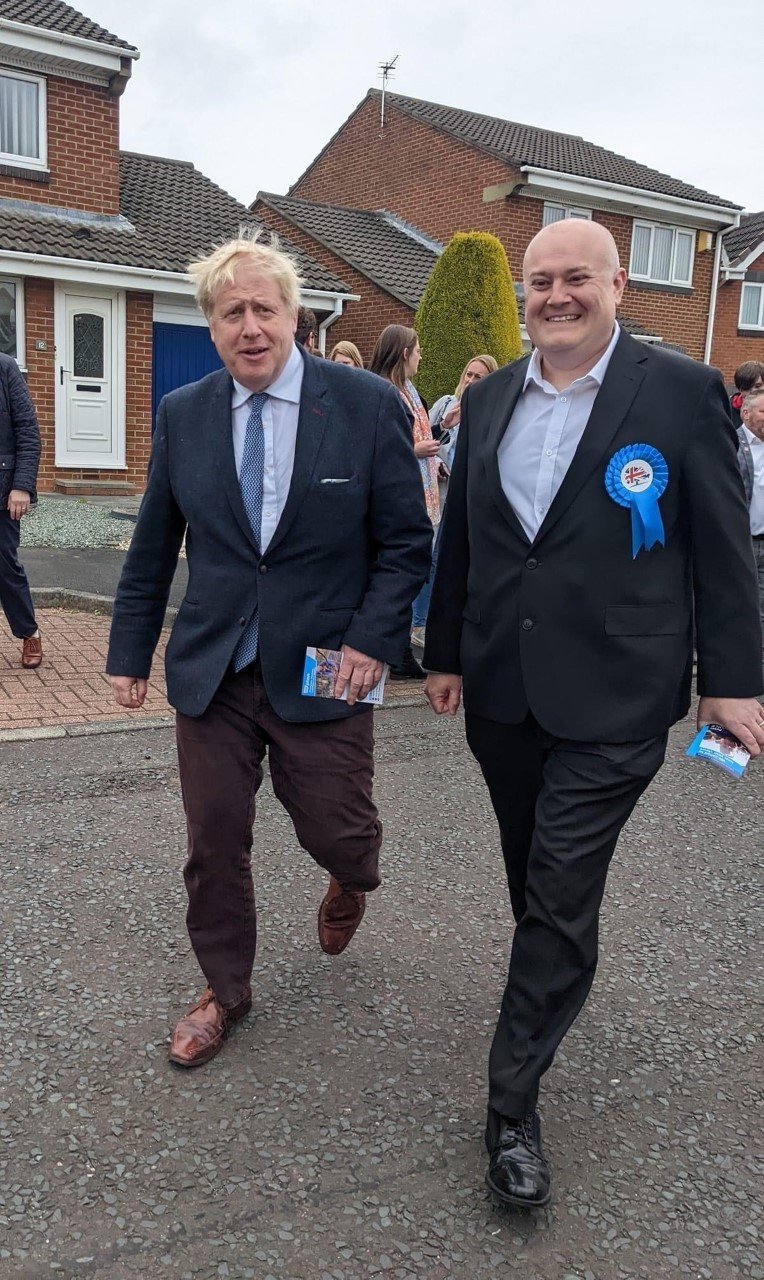 Prime Minister Boris Johnson paid a surprise visit to Sunderland on Monday where he took to the campaign trial in Washington, where he encouraged local residents who raised complaints about Council Leader Graeme Miller to “get him out”.

The Prime Minister was in Washington South, the Labour Leader’s Ward, in support of Conservative candidate Peter Noble.

The Conservatives previously beat Labour to top the poll in the 2021 local elections, with Paul Donaghy becoming one of the three councillors for the ward.

Boris Johnson and Conservative activists from Washington and Sunderland spoke to local people about their concerns – and residents took to the streets to get selfies with the Prime Minister.

“What we’re campaigning for is better services for local people – keeping the costs of local government down, making sure we take your bins out, fill in potholes and all with lower Council Tax.

“Vote Conservative on Thursday – Washington is great, but we’re going to make it even greater.”

“The big issue in Ayton where the Prime Minister visited is the use of the Holiday Inn to house sex offenders. This is something which angered local people and led to reports of anti-social behaviour and drug taking.

“People want change locally, which is why I’m standing on a platform to give Washington its own Town Council and to change the city’s political leadership.”