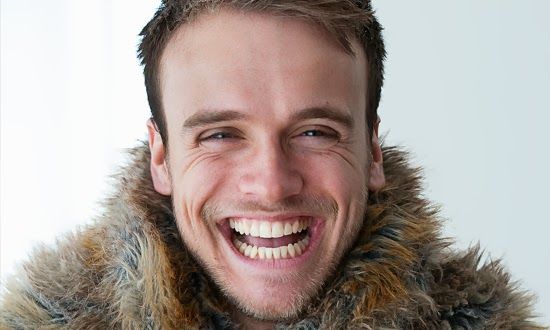 James Baxter is a Sunderland lad born and bred. Growing up in the city and attending Farringdon School, James established a successful acting career which has seen him feature in popular shows Emmerdale, Open All Hours and Red Dwarf. Interested in the stories of everyone hailing from Wearside, SGM are proud to have contacted James and asked him a few questions about his career and childhood in Sunderland! Here’s how it went:

SGM: How did the experience of growing up in Sunderland shape you as a person and your values? Are you proud of the city?

James: My experience of growing up in Sunderland was a positive one. I was very fortunate to have the people around me that I did. I come from a very close family and my school years were great. I Went to Farringdon community sports college and made really solid, if slightly mad mates who I’m still very close to now. I don’t know if I can discern how much the city itself shaped me as a person as oppose to it’s people to be honest.

It’s a hard-working environment and a one that I found to be quite entrepreneurial. The ‘hard work pays off’ chestnut was definitely something I had drummed into me and it’s something I listen to selectively ha! I am very proud to be from Sunderland. I do think it lacks a voice when it comes to television, something I’m striving to change so that young people can hear themselves when they turn on the tele!

SGM: Were you fond of your experience at Farringdon School? Is there anything you miss about it?

James: I loved Farra school. My year got on like a house on fire. I basically laughed for 5 years….and learned….of course I learned stuff as well…..Maths and all the riveting subjects.

SGM: What was it that influenced you to go into acting? And were their any local people who helped you on this path?

James: A lack of attention from my parents haha! I did an end of year play in year 6 and I just remember falling in love with it. I vividly remember making the audience laugh and thinking ‘that was pretty cool’ I then went to a Saturday drama club and the teachers there had a huge impact on me. They got me my first audition which led to my first agent, without them I wouldn’t be doing what I’m doing so cheers Andrea and Dotty!

SGM: Assuming you are not living there now, do you regularly get back up to Sunderland and the North East?

James: I do get back up to Sunderland quite a bit! Myself and my fiancé came back during the first lock down to be nearer family. Though covid was an ache in the testicles, I know in years to come I’ll be glad of those three months spent with my family. I love coming back to the north east. Billy Connolly described getting off the train at Glasgow central as feeling like the city rushes up through the feet, I feel exactly the same anytime I step down onto NE soil!

SGM: Out of all the roles you have played, which one did you enjoy the most? And which one connected with you the most?

James: I couldn’t possibly pick which role is my favourite! They’ve all been great for different reasons. I suppose there’s always a hope that the best is yet to come.

SGM: What was it like working with Sir David Jason in Open all Hours?

James: Working with David Jason was such a huge privilege…for him. David was like a sponge on set, learning all the time. I know he’ll carry the lessons I taught him through the rest of his career. He’s got a bright future that guy and I can’t wait to see what he does with it (slowly takes tongue out of cheek)

SGM: Do you have any upcoming roles and productions we should look out for?

James: Yes! I’m currently filming Waterloo Road for BBC ONE. I’m playing the deputy head of the school. I’m not sure how much else I’m allowed to say so I’m the spirit of keeping one’s powder dry that’s all I’ll say!