Five Things You Never Knew About the Medieval Village of Southwick 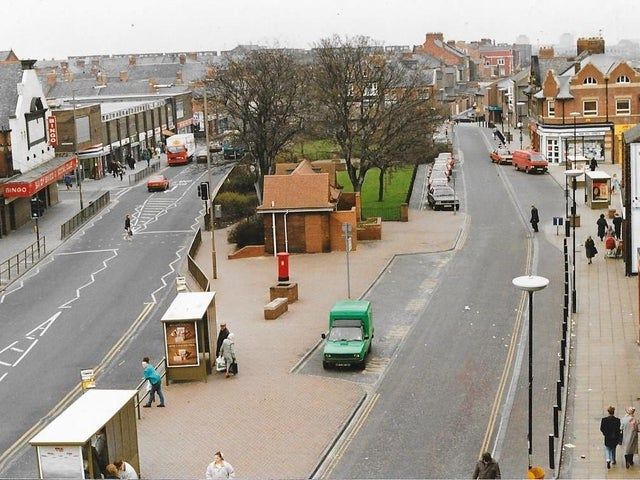 Southwick on Wear is a village with an extensive history, and its one that its locals and community are immensely proud of. If you haven’t been paying attention to the Southwick Village Green Preservation Society, who have been looking after the area and getting numerous blue plaques installed, do so now. They’re reviving an area of this city which has often suffered from reputational issues, and a previous lack of appreciation for its incredible heritage. Thus now, as the latest in the series of the “five things you never knew” we’re here to explore the fascinating medieval legacy of one of Sunderland’s oldest settlements.

Its name may mean “A Clearing by A Marsh“

You may have heard residents or those familiar with the area refer to Southwick colloquially as “Suddik”- There’s a historical basis in that name, and it’s mirrored on medieval maps of the area. Unlike most places in Sunderland, who’s name is derived from Anglo-Saxon Old English, Southwick is notably unique in that its name appears to be of a Scandinavian origin, and appears to translate to “Clearing by a Marsh”- derived from sogr “moss, marsh, swamp (cf. modern “soggy”)” and þveit/thveit “thwaite, clearing”

Like all areas in medieval County Durham, Southwick’s land was owned by the bishop and delegated out to tenants. In 1072, the village is recorded as being owned by Durham Priory, and was populated by 6 free tenants, 7 tenants held by work service, and consisted of a windmill, a brewhouse, a fishery and a tavern (probably the oldest established one in Sunderland). It was like it is today, a two row village with a green and its outline has in fact not changed. Its roads are recorded as being: The King’s Road (formerly Back Lane), Sunderland Road, The Green (formerly Town Street). Directly continuous from the Middle ages include Lilburn Place, Scott’s Bank and Stony Lane.

It was an important place for the fishing industry

Medieval Southwick became an important village for the catching and selling of fish to the rest of County Durham. The fishing rights of the River Wear were also owned by the Bishop of Durham and leased to locals. Catches included Herring, eels, Haddock and Whiting. Southwick’s fishing in particular was in the 14th century monopolized by the Hedworths, who owned the respective net. We’ll discuss them now!

From the 1360s onwards, the village of Southwick was dominated by a wealthy family or “free tenants” known as the Hedworth’s, this included John and Richard, their father having also held land in Chester-Le-Street. The Hedworths assumed tenancy of this land from the Hylton family. As an old text cited by Robert Surtees notes: “In 1351, John de Hedworth of Suthewyk held of the Prior of Durham, five score and eighteen acres by 20s. rent, eighteen acres gs, and two oxgangs in the Megotes Dene near Suthwyk, held of Richard del Carme by the service of a pound of cumin, The same tenures are returned on the death of the second John de Hetheworth de Southwyk”. The Hedworth’s would hold onto Southwick for 300 years, selling their land to George Grey in 1630.

Southwick Mill was the breadbasket of the area

Medieval Southwick was dominated by its large windmill, which was situated near what is now North Hylton Road and the namely “Old Mill Road”. Also dominated by the Headworths who paid “£4 a term” to oversee it, the Mill was responsible for grinding corn from all the surrounding areas. This included the nearby village of Fulwell, also a medieval settlement, as well as Monkwearmouth which was the parish as a whole. The mill disappeared before the end of the 19th century.