From A Mine to A Ski-Slope: The Story of Silksworth Colliery 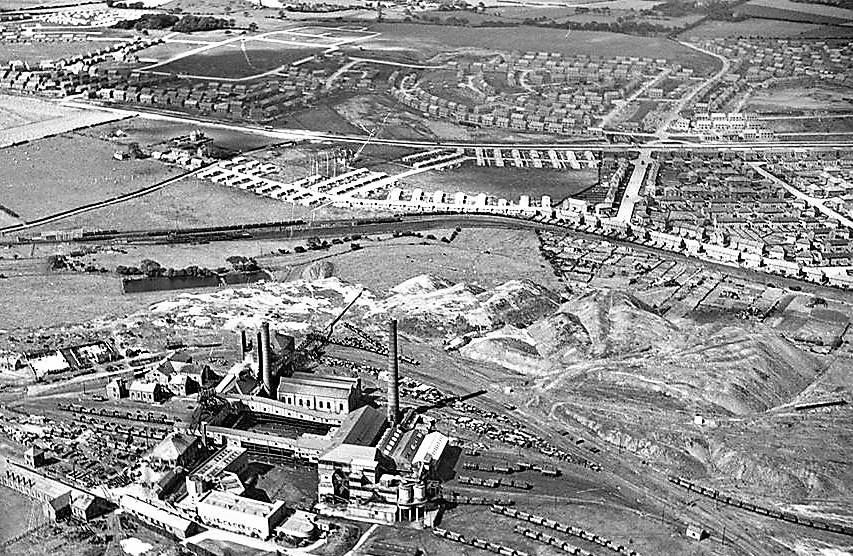 The sun glistens over the lake and the rolling hills and trees of Silksworth park. It’s a grand open space, perhaps one of the most underrated in Sunderland. It’s almost certainly underappreciated too, given it didn’t always look like this. Embedded in those banks is a rich heritage and a long history, one which spawned the mining village around it of the same name. It is now long gone, yet one should always be mindful of the story of Silksworth Colliery.

In the mid 19th century, the land which is now Silksworth park and later the mine, was open farmland, as was most of outer Sunderland of course at that time. A stream run through it known as the Hendon Burn, as it does today, but collected itself first in a large stone reservoir which would later become the lake we know today. Several footpaths run through the land too. To its left, the Hetton Colliery railway steamed through it. At the top of the hill sat a small quarry, as well as a farmhouse known as High Newport.

At this time, what is known as Silksworth only referred to the old village of the south, of which had been situated there since the Middle Ages. Of course, the area was all encompassed under the property of Silksworth Hall, but that was soon all going to change. On the very eve of this map being published, an aristocrat known as the Marchioness of Londonderry was eying this land for a big development. He intended to build a mine here, having rejected the site of Humbledon Hill, but not only that, he sought to build a railway too spanning all the way to Ryhope.

The Marchioness’s plan went ahead, purchasing the land from W. R. Robinson of Silksworth Hall and pushing ahead in investing in his new mine. Thus in 1869, 13 years after his initial surveying, Silksworth Colliery was opened. Not only that, but in obtaining the land around it too he proceeded to invest in real estate in building a village for his new colliery. “New Silksworth” was subsequently born, a community and a mine all under the ownership and profit of the Londonderry lineage, who would own the site up until 1914. In 1891, the Londonderry’s would famously face a rebellion from the Miners after they sought to evict striking employees over a union dispute, which faced popular resistance. This saga became known as the Silksworth evictions.

After World War II, the Coal Industry was nationalized by Clement Attlee’s government and brought under the national coal board, which was finalized by 1947. However, the mine would not survive the decline of the British industry and was closed in 1971, leaving the village behind which it had subsequently given birth to.

Within the next decade, the dirty exterior of the mine was landscaped into a comprehensive public park. The former reservoir was transformed into two artificial lakes, which would host ducks and swans. The former slag heap would become an artificial ski-slope, and the former railway routes were disassembled into footpaths. A sports complex was also built on the site, as well as a supermarket. Everything was given a new purpose and lease of life.

Silksworth park of course is not the only former mine in Sunderland to take a new identity. Herrington Colliery became Herrington Country Park and Monkwearmouth became the Stadium of Light. Yet in some ways Silksworth remains Sunderland’s “forgotten park”- it’s a place we should visit more, look after more and protect more. It is without a doubt one of the finest examples of man made natural beauty in the area, inasmuch that one could scarcely believe it was once a mine.

One thought on “From A Mine to A Ski-Slope: The Story of Silksworth Colliery”