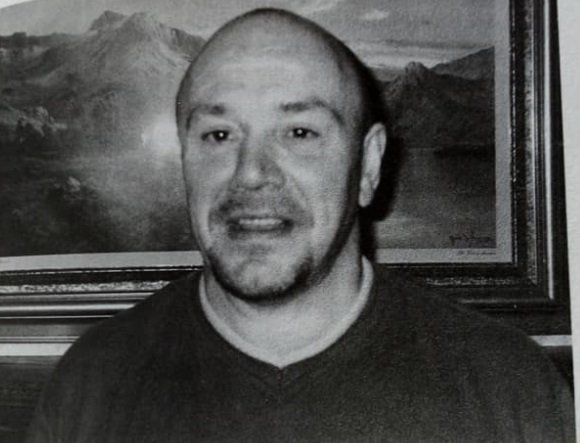 “Hard as nails and afraid of neither man nor beast, Ernie has an easygoing nature that leads some to underestimate him. But beneath the relaxed exterior lies the heart of a lion. A legend on the Streets of Sunderland, Ernie is both well liked and well feared- liked by most, but feared by those who cross the line”– Excerpt from Northern Warrior, Richy Horsley

The latest segment of “Legends of Sunderland” brings to the story of one of the city’s toughest, but also well-respected characters, a man who has been described as humble as he is fearsome, a man who would do anything to help you, but never get on the wrong side of him. That is the one, the only: Ernie Bewick, “everyone’s favourite uncle”- famously known throughout the Sunderland nightclub scene.

The Bewicks and their extensions are a big family in Sunderland. Those who know them are aware they are very down to Earth, even if they’ve had their struggles to get by in the past. “Ernest Bewick” was born in 1954 down in the East End. He boasts of a proud boxing heritage from his Great Grandfather, and wrote in Horsley’s book that his dad “brought us up to be able to handle ourselves but never look for trouble”- He grew up with hardship but stated “what we never had, we never missed”. Unsurprisingly, he gained a reputation as “the toughest in the school” but wished he stuck in more, or that he had stuck to becoming a boxer.

By his 20s, Ernie often found himself in fights in Nightclubs. He recounted one experience where a man smashed a pint over his head in the bid to knock him out. It didn’t phase him, and Ernie won anyway, expressing his fighting philosophy as “you have to keep going forwards and attacking”. It is no wonder on this background, that Ernie made his career and namesake as a local bouncer and oversaw nightclub security, protecting people’s premises and preventing trouble throughout the city, as well an ironclad anti-drugs policy.

Ernie boasted that he also once fought a boxing match against notorious North East England criminal Viv Graham, another iron hard figure in the region “not to be messed with”, and whilst he couldn’t knock him out completely he did nonetheless gain the upper hand and win. Viv later described Ernie as “the nicest person I’d ever met, sound as a pound”. Viv was shot dead in 1993, and Ernie bemoans his killing. But the message was always clear: If you wanted to cause ruptures while he was around, it was a bad decision, period.

And in 1997, a convicted Drug Smuggler called Tony Waters in the area would soon discover that, ushering in Ernie’s most “infamous” moment. In December of that year, a row in the Eastender Pub on High Street East led to a gruelling confrontation outside between him and Bewick. Backing up the wrong tree, Waters died from complications of brain damage, a crushed voice box and shattered face bones. The incident landed Ernie behind bars for Manslaughter who served four years in prison and was released in 2001. It is unclear what he does these days, especially now he’s getting on a bit at 67 years old this year.

Ernie nonetheless, commands respect and near legend status from the people of Sunderland. His toughness should not be mistaken for wickedness, cruelty, criminality or unjust behaviour. Ernie is known for being kind, approachable, caring, down to earth, respectful and helpful. He is frequently described as a “gentleman” by those who know him.