The Legends of Sunderland: The Story of “Atta Matter” 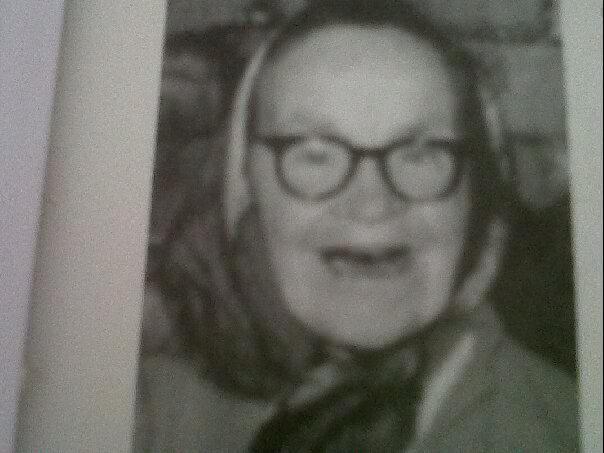 For previous installments in this series, see our articles on: Shane the Cowboy, Jimmy Sawyer, The Bag Man, The Spectre, Gordon Bucket, Nana Iris, Goya, Jimmy Jesus and Peggy Pots.

The latest installment of the legends of Sunderland takes us to Hendon, and likewise back in time at least sixty years, to cover the life and legacy of a former character that is “endangered” that is at risk of being forgotten by younger generations, yet nonetheless firmly holds her own as a local legend. We bring to you the story of “Atta Matter” or otherwise known as “Shirley Ritchie”- one of the most interesting people to have ever been seen around town…

Who is “Atta Matter?” and how did she get such a game? The daughter of “George the Rat Catcher”, and described by one source as an “old fish wife” by the East End, the older generations who remember Shirley describe her as an old woman who had a speech impediment of sorts, and her name was subsequently derived from a catchphrase that she would say to young children when they were crying “Atta Matter?” or “What’s the Matter?” so to speak. It is described as eccentric behaviour, but ultimately compassionate and harmless

There are a number of rumours about Atta Matter and what she did for a living, it wouldn’t be appropriate to discuss all of them given their questionable veracity. However, there is a consistent theme that despite being a kind soul, she struggled to get by and had a frequently untidy or messy appearance, wearing ragged clothes and Wellies. It is claimed people would give her clothes to wear but she would “sell them for beer” frequently drinking at the Bridge Hotel on High Street. She is attributed to have a son who became known as “Alan the Boot”- and still seemingly has descendants in the area today.

Some describe as the “soul of Hendon”- a character who was unmissable for her antics and presence. However, it is also commonly mentioned that because of her speech problems, and poor appearance, Atta Matter was subject to a great deal of mockery and ridicule for the people of the town, making her story a sad one as opposed to an uplifting one. Many people’s memories subsequently are about playing various pranks on her, including one person’s who said “I remember when someone painted her windows black and told her it was night time. Some lads dressed her Alan up and told him he was getting married…” or people “getting chased by her.”

Having already been an old lady in the 1960s, Atta Matter obviously passed away sometime now. It is purported that she is buried in Bishopwearmouth Cemetery, although it is not clear if there is a headstone for her. This might be worth looking up in records. Nonetheless, she was arguably a highly intriguing Sunderland character, but one who obviously struggled and suffered deeply in life. But here’s to her staying in local folklore forever!

2 thoughts on “The Legends of Sunderland: The Story of “Atta Matter””