Legends of Sunderland: Shane the Cowboy, Who Was He? And What happened to him? 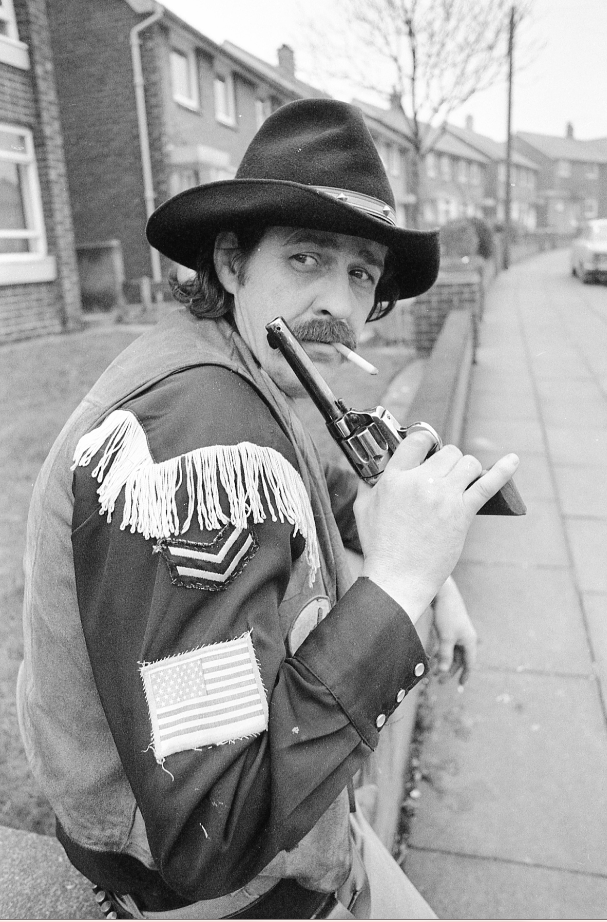 The latest installment in our series “the legends of Sunderland” takes us back on a trip to the 1980s to explore a character who defined most people’s memories of that period, who seemingly disappeared thereafter. When Wild West meets the North East, we bring you to the tale of “Shane the Cowboy” another famous local cosplayer hailing from the North of the River, and later Farringdon. Who was he? And what happened to him? Here’s what we found.

It is unclear as to whether “Shane’s” real name was “Shane” at all and there is a lack of clarity about this amongst primary sources. One states that he may have been from a “Davison” family in the North of the River area. Regardless, anyone who grew up in Downhill, Town End Farm and even Southwick in the 1980s will know of Shane, who we believe was born as “Shane Alan Turpin” in the 1950s.

With his signature 80’s mullet and moustache, Shane devoted his time to a round the clock Cowboy act of which he taken very literally, with his signature outfit, hat and also real pistols to go with it (not something you’d get away with today) which he would fire blanks out of. Shane lived initially on Bodmin Square between the two suburbs, but was also reported as living on Farringdon later.

Shane reportedly used to greet people with “Howdy” and attempt to put on an American accent. He could also play the guitar, and his reported signing in various locations including local parks and the Southwick Green. Some say he also sung at local clubs too. He also seemingly did charity work. For those who grew up in the Red House and Downhill era, he is sometimes attributed as having an accomplice known as “daft Ernie” who also to varying degrees, had some kind of cowboy act going on.

Sometime in the 1990s, Shane had a bad run of health and began using a wheelchair. What happened is unclear, but that he ended up this way is universally testified of. After this point in time, all records and sightings of “Shane” the cowboy vanish. This may be down to lack of clarity surrounding his real name, and for the fact he since discarded his act. Yet it is strange that few people knew him personally to know his modern day whereabouts, and it seems equally unlikely that he would pass away unnoticed. Therefore if you know anything more about him, we’d love to update this entry and please do get in touch.

3 thoughts on “Legends of Sunderland: Shane the Cowboy, Who Was He? And What happened to him?”