Legends of Sunderland: The Story of the “Spectre” Brian Moore 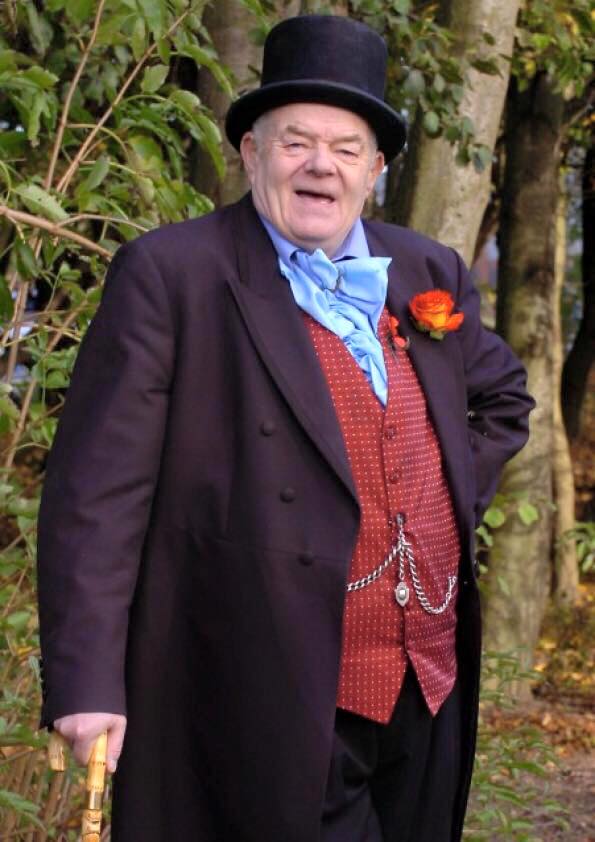 If you’ve been around the clubs of Sunderland over the past few years, you’ll almost certainly have heard of this man. Brian Moore, otherwise known as “The Spectre” was a prominent character of Sunderland its nighttime scene. Unfortunately, Brian passed away in the summer of 2016, but that doesn’t mean there isn’t a story to tell! As the latest installment in our “Legends” series covering the characters, eccentrics and remarkable people around Wearside, we now bring you our piece on the man frequently seen dressed in Victorian Attire. His story seems a bright one, not least because he was largely loved. However, there are some sadder sides to it too.

Brian Moore’s life did not in fact begin in Sunderland, most sources will testify of this. He was in fact born in the west Yorkshire town of Halifax on the eve of World War II in 1939. Owing to this, the first half of his life is in fact a mystery and his “Sunderland story” as such only begins when he moved to Wearside in the 1970s. It is not known if he worked in any other capacity, but the club and pub scene of the city became a staple of his life not out of alcoholism, addiction or fecklessness, but because he established it as his primary route to get by as a freelance painter.

His strategy was to use nightlife to meet people, and to make connections and friends, of which he did very well at. From his earliest days, he would go around the pubs of Sunderland, and sometimes South Shields and strive to sell his work to make a living, which to his credit was of a fine skill and quality. As you can tell from his famous Charles Dickens-esque attire, Brian had a fond sense of nostalgia for the past and it is no surprise that the primary focus of his work was on painting old galleons in the sea. It is no wonder that people frequently mistook him as a ghost! Some of his best works of art are on display in Queens Cafe, in Roker. He was also a member of local art clubs and societies.

Brian does not appear to have married, we were not able to find any sources of a partner or spouse, or that he had any children. This of course coincides with his well known reputation as a “ladies man” to say the least. Some people have made disparaging comments, but the majority view is that the Spectre was a gentleman, interesting, friendly, charming, open and well-spoken with plenty of stories to tell. But yes he did frequently chat with young ladies in the club, but those who met him only have good things to say. Many bars are recorded as even giving him pints on the house when he visited.

The sadder side of the Spectre’s life however, was that his outgoing and loved public persona appeared to hide a life of financial struggle to make ends meet. It might be said on one hand that he loved his lifestyle so much that he never considered the need to “stop and retire” but on the other, he felt pressed to keep going on the very end. This took a toll on him in his last days, especially as his health began to fail him. One person recounted an extremely rare sighting of him at the Yorkshire Bank one day where he was not dressed in his usual gear, but comfortable clothes, suggesting he wasn’t well.

When the Spectre died, he sadly did not leave any assets behind in order to facilitate the costs of his own funeral. However, because he was so known and loved, the Undertaker Manor House Funerals voluntarily decided to foot the bill themselves so that Brian would not suffer a Pauper’s funeral, and ensured likewise he would have a big send off that he deserved. His funeral was contacted in a vintage Hearse very fitting for him, with the cars passing through all the bars he visited going past the Museum, Holmeside, down Green Terrace and up Chester Road.

Inside the Coffin, the Spectre was as you expected dressed in his Victorian finest, his cane and hat placed on the outside. A fitting send off to a great character. The Spectre will thus be forever renamed to Sunderland as an extraordinary “man of the people” and is of course missed on the local nightclub scene. Brian was an outgoing, fun and uplifting character (sometimes literally…) who had genuine talent and sought to use it to his best ability to get by.