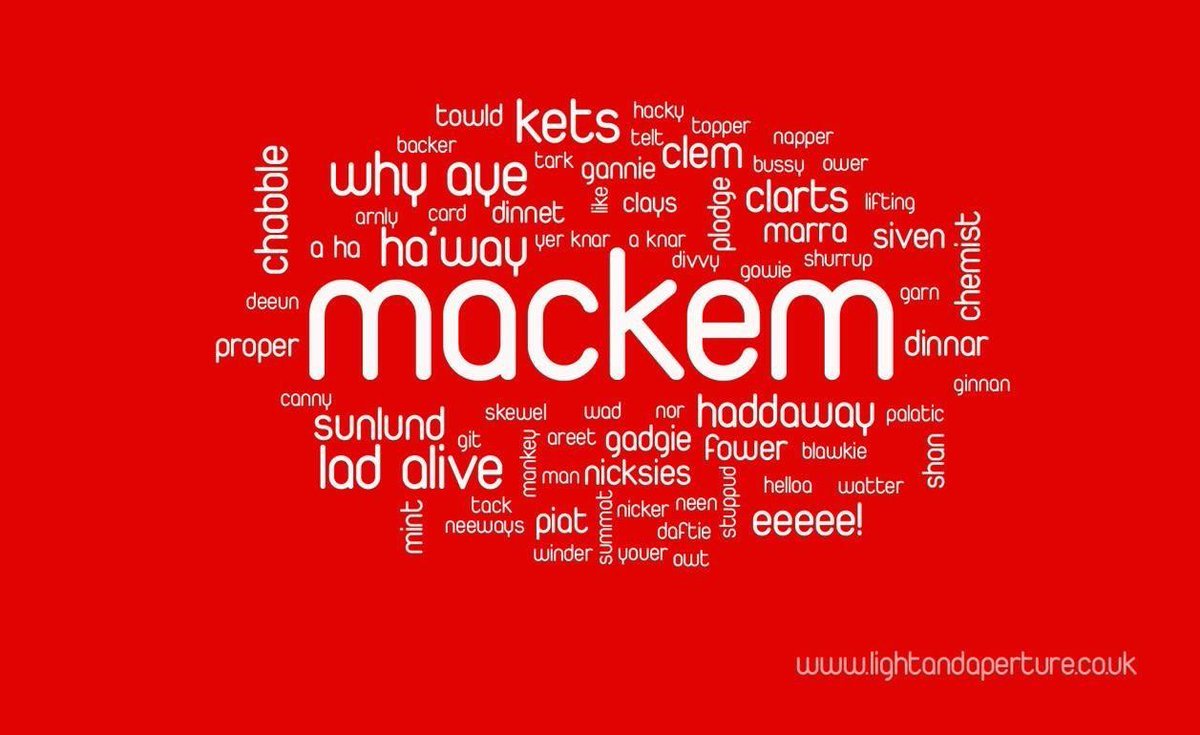 The Sunderland dialect, known officially as “Mackem” is a branch of Northumbrian English (referring to the region north of the River Tees) spoken on Wearside. Although very similar to the dialects spoken in Newcastle, Durham and South Tyneside, it nonetheless has some unique characteristics.

The origin of the Mackem dialect stems from an evolution of Anglo-Saxon Old English, combined with the influence of Scottish and Irish traits being brought into the city during mass migration in the 18th and 19th centuries. Mackem (and the North East as a whole) was in turn, less influenced by Viking traits than Yorkshire, and was also far removed from the centre of political power in London.

This makes Sunderland’s dialect historically and culturally unique. Currently, there is a risk that over time “Mackem” may be lost. This is because communities change, “informal words” are not used in our education, and the impact of globalization is steering the English language towards an American centric version, meaning regional dialects are increasingly eroded over time.

So here, we explore some of Sunderland’s most popular and best known phrases or figures of speech, and what they mean!

The term Gerraway expresses surprise or shock in reaction to something. It is similar to saying “No way!”

This colourful phrase is used to dismiss something in an abrupt manner, often as an outright lie or falsehood, but it can also be used ironically or humourously.

Probably the most famous Sunderland phrase. Largely asociated with football, the term is used encourage or cheer on something. However, it can also be used to express frustration or impatience too.

Used to express the answer “no” to a specific question in a ironic or light-hearted way. “Did he go then?” “Why nor man, of course he didn’t”.

Used to express someone is very hungry, often in an exaggerated way.

“Mint” and “Class” are used in Sunderland as positive adjectives to express approval of something or someone. “He’s class him like” “Aye, he’s mint”.

Used to express immense happiness or joy, referring to the fact someone is so happy they are metaphorically “over the moon”. “I’ve just got a new grandson, I’m owa the moon”.

The word “git” is used as an adverb to express a high degree of something, such as “very”.

The word “Knacked” can be used to express pain, or if something is broken “The Telly is knacked!”. But also, a variant known as “Knackered” can also refer to tiredness. “Am knackered”

A noun used to refer to someone who is immoral or criminal, derived from “Wrong one”. “He’s a Wrong’un“. It may also be spelt “Wrang’un”.

The word “like” in Mackem dialect is often added to the end of sentences to soften the delivery in its social usage. “A dinnar about that like“