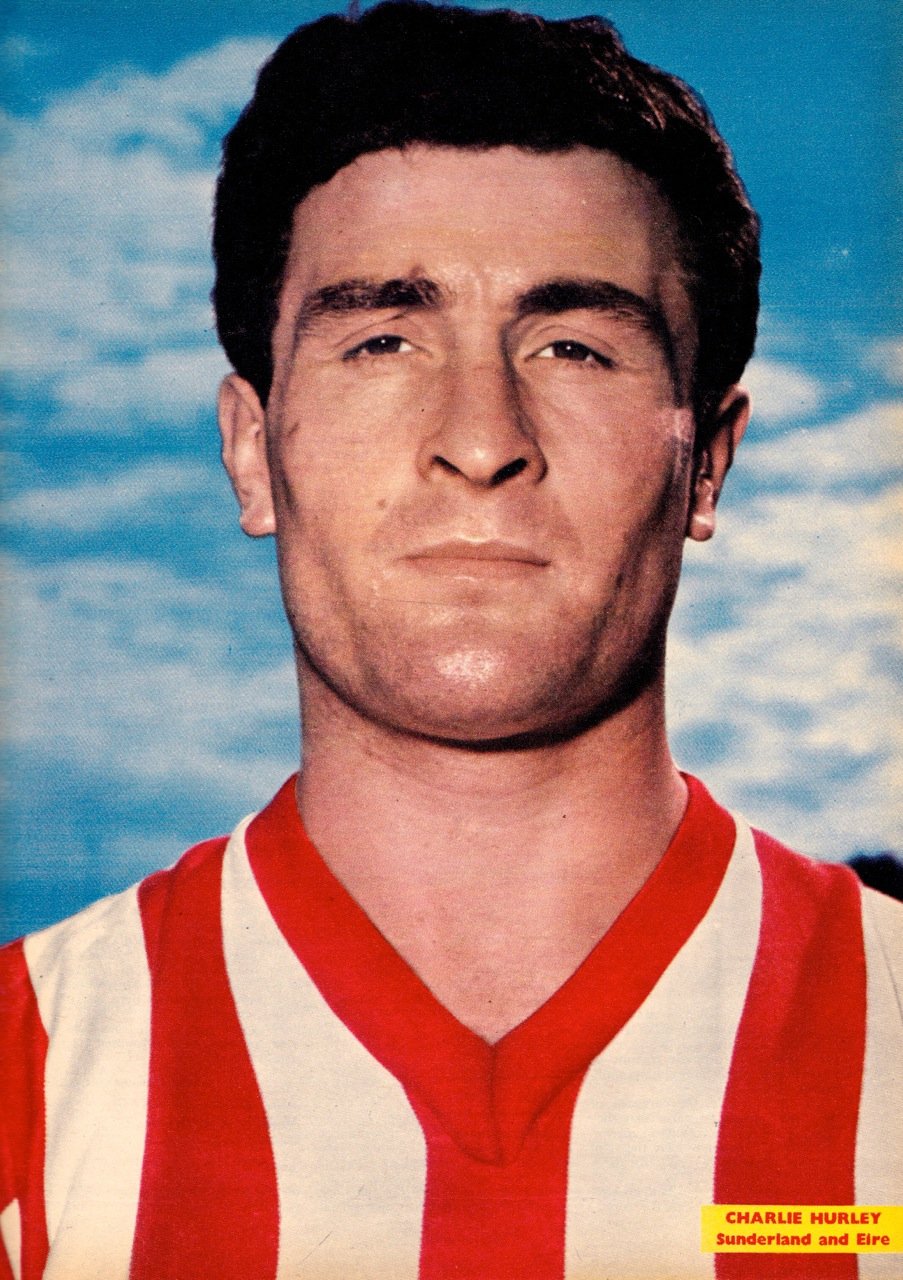 At just 5 years of age, he survived, ‘The Blitz’ a German bomber campaign, where one of his childhood friends were killed.

In his later teens, he worked as a toolmaker before being offered the chance to play professional football at Millwall at 17 years old.

He played 105 league games for Millwall over 4 seasons.

Hurley had a nightmare start to his Sunderland career, losing 7-0 to Blackpool and scoring an own goal on his debut.

Hurley scored his first Sunderland goal on boxing day in 1960, in a 1-1 draw against Sheffield United.

Nicknamed, ‘The King’, he was the captain of Sunderland’s first ever promotion winning side, getting promoted to the first division in 1964.

In that season he was runner-up to the legendary Bobby Moore for the player of the year award.

In 1979, Hurley was named The Player of the Century for the club’s 100 year anniversary.

After leaving Sunderland, Hurley joined Bolton Wanderers, where he finished his career after 2 years and 43 appearances.

Charlie Hurley was also a regular in the Republic of Ireland team, winning 40 caps over 12 years.

After his retirement, Hurley managed Reading for 5 years.

After leaving Reading, he never returned to football management.

The 86 year old was ‘The King’ of Sunderland and he will forever be remembered as one of the clubs greatest ever players.