The Council’s Callous Destruction of the Farringdon-Silksworth Green Belt 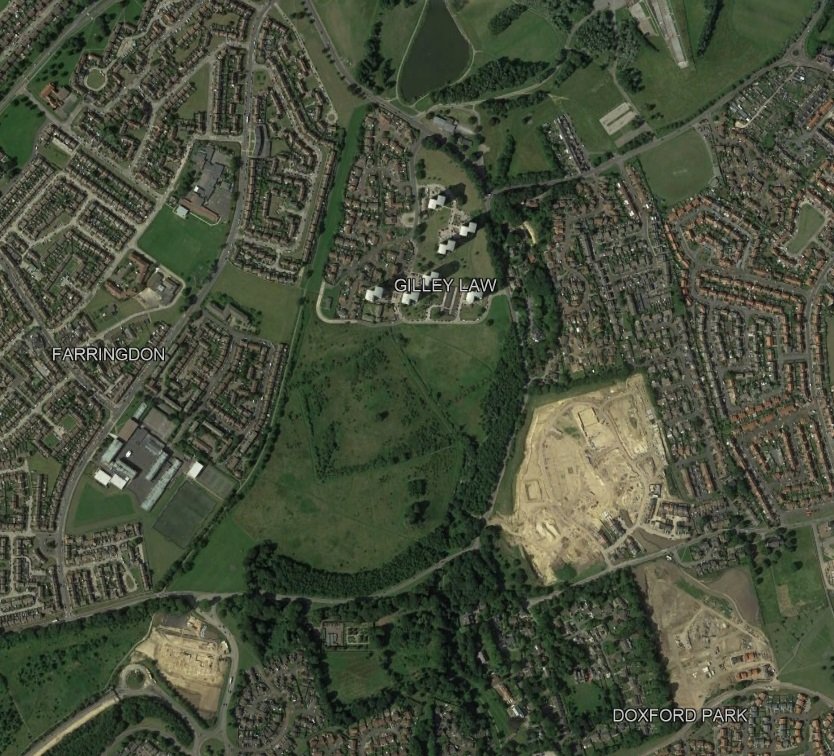 Between Farringdon, Silksworth and Gilley Law there has long been an open valley of green land. At the centre of it, sits the scope of wilderness known colloquially as “Foxy Island“. The area is part of the historic Silksworth Hall estate and has not been built on for hundreds and hundreds of years. Old ordnance survey maps show it to be exactly the same shape and format in the 1850s.

To its immediate east over Silksworth Lane is situated a hill where an undisturbed field once sat. To the west, sits another field bordering onto Farringdon’s Allendale Road. To the South sat what was once more open wetland surrounding Doxford Park’s secret garden, and to the north sits the open North Moor field which borders onto the Silksworth Lakes.

Two of these spaces of land have already been subject to development. A new school is being built on the land near Silksworth Road, whereas a new housing state has now been imposed upon the hill. There’s more to come. Firstly, the council itself were prepared to build a new crematorium on Foxy Island itself, until scathing opposition forced them to back down. However, they are still pressing ahead with plans to build housing on the North Moor Field and as residents discovered last week, the patch of land across from Allendale Road.

Bit by bit, local authorities are carving up this Farringdon-Silksworth green built and encircling it with more and more housing developments. It’s motivated purely by profit. Sunderland does not have a shortage of housing, the city’s population remains over 20,000 less than its 1990s peak and brownfield land is absolutely abundant. In doing this, they are betraying a promise they made in 1998 that the area of “Foxy island” would be conservation land which would be transformed into a country park, as was scheduled for New Herrington.

Instead, it seems they are intent on encroaching upon the area as much as possible, pursuing a “salami slicing” approach by encircling it and then eventually moving in for the kill. This is a pattern they are pursuing all over the city. Whilst some people praise the construction regardless, they should consider that the building spree will massively amplify traffic around Farringdon, making North Moor Road, Silksworth Lane and Allendale Road insufferable.

The public must be prepared to hold them accountable for this opportunistic and greedy behaviour.