When Devastation Struck the Tyne, Wear and Tees: The Great Flood of 1771 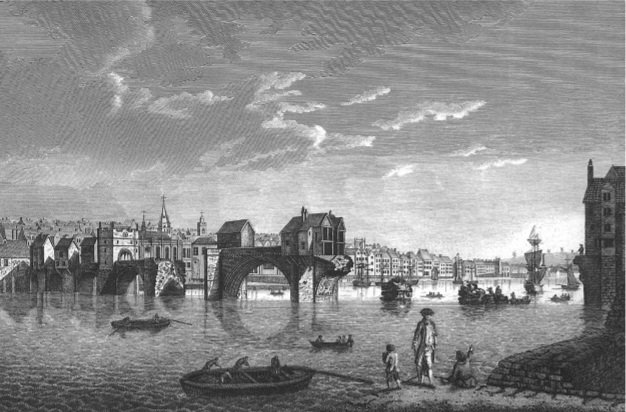 The geography of the North East of England is fairly uniform. Its westward flank is fortified by the rising spine of the Pennine Mountains, of which is embedded the origin point of its three main rivers, the Tyne, the Wear and the Tees, who flow down the hills eastwards into lower plains which then meet the North Sea. These three waterways were the life blood of the respective towns and cities which grew up around them. Be it the conurbations around Sunderland, Newcastle and Middlesbrough, or the great city of Durham.

But of course these rivers, as all rivers do, brought risks too, especially at a time in the 18th century where Britain was in a period of change. The population was booming, industry was rising and people were transitioning to urban life. It would be in these conditions in 1771 that a rare tragedy and natural disaster would be inflicted on the North East of England through its three great rivers, of which would become known as “The Great Flood“- The worst the area has ever faced in recorded history.

As a higher altitude region, one will have noticed on their trips that the Pennines is of course significantly colder than the coastal areas of the North East and snow is present on it for a longer portion of the year, spanning from November to Spring. On November 16th 1771 however, existing snow on the mountains was met with an unprecedented downpouring of continuous rain. The burst of heavy rain had the accumulative effect of washing the snow away, which quickly brought all the rivers throughout the region and their feeders to the brink.

Being in the 18th century, it was a period whereby cities were rapidly growing, but river banks and defences had not been engineered the way they are today to control potential rises in the water level and account for flooding. The rainstorms and accumulated snow thawing however, raised the river levels to dangerous highs never ever seen before. To get a picture of what we are talking about, it is recorded that the flood bulged the River Tyne alone by up to six feet past its normal size. To account for what that would look like in today’s terms, the entire Quayside would be under water.

So as you can imagine, every single major river in the North East was swelled into an unstoppable force of destruction which swept way everything in its path. Now again remember this is the 18th century, buildings are weaker and modern ironspan bridges are just being invented (Wearmouth Bridge would be only the 2nd in the world, conceived in 1796). This meant that the floods unapologetically destroyed almost every single stone bridge structure in the North East on the Tyne, Wear and Tees.

Before the “High level Tyne Bridge” was built in 1841, a low set Stone Bridge crossed the River Tyne which looked like the one in Tudor era London, it was destroyed. In fact 13 bridges on the River Tyne were destroyed going as far back as Hexham. Nearby, an entire village in Northumberland known as Styford was destroyed. In the City of Durham, the historic Elvet Bridge built in the 12th century, found four of its arches swept away, as well as a house situated on the corner. The 1574 built Prebends Bridge in Durham however did not survive, and was swept away. In Teesside, numerous farming mills and land were swept away up in Teesdale, and the town of Yarm was completely submerged underwater altogether.

Approaching Sunderland, the River Wear ruthlessly flooded Chester-Le-Street, before rampaging through Washington and completely flooding a number of mines on the way. North Biddick, Chater’s Haugh and Lambton Collieries were filled completely, killing up to 30 horses who were trapped underground. Reaching the sea, the force of the floods then proceeded to destroy one of the old Sunderland piers. It should be noted that because the River Wear carves out a steep valley in approaching Sunderland, the town itself was elevated and spared from the impact of the flood. However it nonetheless ruthlessly swept away local shipping and this is where many young men ended up dying.

The floods throughout the North East would in total claim 25 lives. Many of the young sailors widows in Sunderland were offered compensation for the crisis, amounting to a grand total of £41 (a lot more back then of course). It remains the worst flooding disaster to have ever struck the region of all time. Could it happen again? We might be better prepared now, but with the often freak weather that can accompany a changing world, who knows?