These are the Some of the Most Haunted Places in Sunderland. Find out why 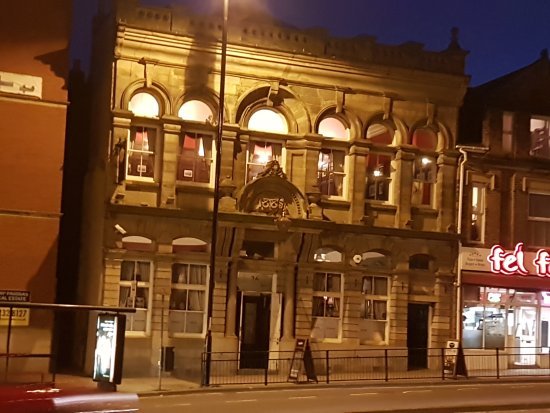 Sunderland has a lot of places of interest. We’re covering them all, from the lost, to the weird and to the wonderful. But what about the scary? Wearside has of course a rich folklore of ghost stories, legends and places which are allegedly haunted, which make great for a series of ghost walks around the area. Here, we compile a comprehensive list of these places and some of the scary stories behind them!

The Ship ISIS pub, located off St. Mary’s Way, is one of Sunderland’s most haunted pubs primarily because of its association with Victorian Serial Killer Mary Ann Cotton, who is rumoured to have buried two of her victims nearby in the underground tunnels which lead to the River. There have been stories of crying, screaming and singing, as well as visions of a young girl and a Victorian lady over the years.

This Medieval Castle in Sunderland is one of the city’s most historic buildings, and unsurprisingly it is frequently associated with Hauntings. It is host one of the area’s most famous ghost stories, the “Cauld Lad of Hylton” of which a stable boy known as Robert Skelton was murdered by a Baron, who later escaped justice. The ghost has been said to haunt the premises physically as a sort of Poltergeist, causing disruption, as well as saying “I’m Cauld” (cold).

The Empire Theatre is arguably the envy of the North East and one of the best assets the city has to offer in hosting London west-end shows. Yet of course the Edwardian building also has its ghostly history too. The dressing rooms are said to be haunted by the ghost of the iconic British Comedian Sid James, who died live on stage of a heart attack in 1976. Unfortunately, the audience also believed it was part of his act, and laughed on at it.

For some people, this famous north of the river pub is already arguably scary enough without needing any ghosts! But yes, the Wheatsheaf is associated with a haunting. Originally built in the 1700s, the pub hosts the legend of a little girl who was murdered at the site aged six, by either a criminal or the landlord of the building himself. Guests at the hotel have claimed that her apparition has been seen searching for her father, as well as strange noises, moving utensils and chairs.

The lesser known theatre of Sunderland, the Royalty Theatre was converted from a 19th century church and has been the home of many supernatural reports. Having been previously used as a soldier’s hospital throughout the First World War, there has been stories of people hearing moaning and whistling. Footsteps are heard throughout the theatre and there is said to be an apparition of a man seen sitting at the back of the auditorium. Doors have also been slammed randomly.

Probably one of the more surprising and lesser known locations to come up, yet the fact it is associated with hauntings is also a given as it has represented the core of a village which has stood since the very early middle ages. There has been a legend of an apparition of a young man with a pickaxe around the green attempting to desecrate the war memorial. The figure had by popular belief taken his own life and was buried near the green because traditionally, suicide victims could not be buried in consecrated ground.

The oldest continually used, built for purpose Masonic hall in the World, Phoenix lodge was opened in the year 1755. It’s said to be one of the most haunted places in the city with a figure of a man in Victorian clothing seen throughout the building, as well as strange footprints appearing which no one can explain. People have reported feeling a sudden sickness or that someone is watching them. Some have even reported being touched by the unknown entity and have heard childlike singing through the building.