How Would the North Star hold up against the MCU heroes? 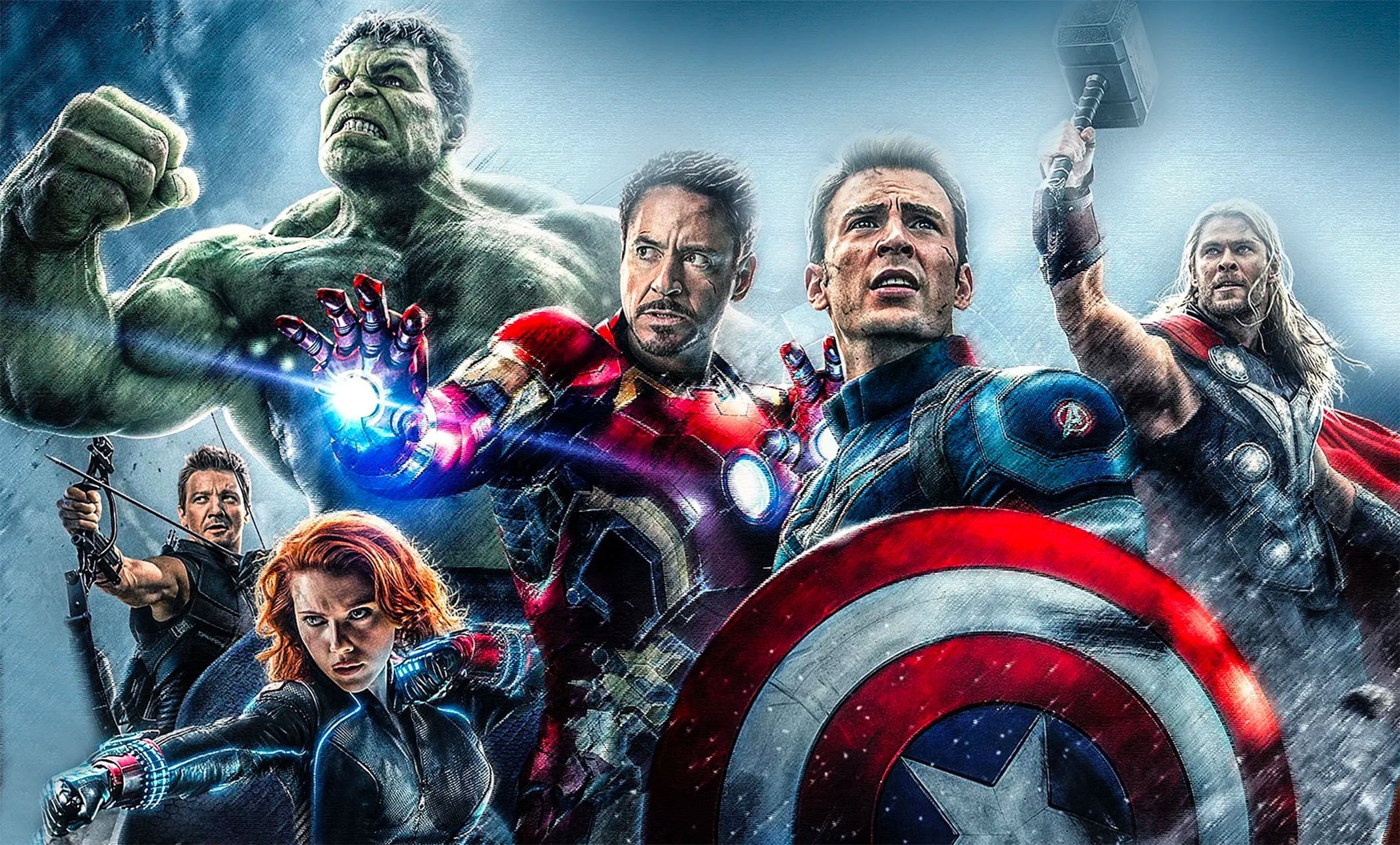 The North Star is Sunderland’s first ever Super Hero if you will. In the new fantasy-drama series set on Wearside, Sophie Scott from Thorney Close is called to bear the title of a mythological warrior from the Middle Ages, and is granted a series of supernatural abilities by the mystical Viviane and a legendary sword known as Cargást, a nod to Arthurian legend. So far, she has faced a series of monsters known as the redcaps, derived from the murderous Goblins of Northumbrian folklore, yet the conclusion of episode 3 suggests there are bigger opponents ahead.

But how of course, would the North Star fare up in hypothetical combat or competition with some the world’s “better known” and more established heroes, such as for example those in the Marvel Cinematic Universe? It’s early days for Sophie who is still relatively speaking learning to use her powers, but how do they match up against our movie favourites? Sunderland might not be faring well in the Premier League, but how about the “hero” league?

What are the North Star’s Powers?

At the beginning of the series in Chapter I, Viviane grants Sophie a number of specified special powers on confirming her calling, conditional that her thinking stays optimistic.. First of all, she talks of a “a purity of body” which is described as “physical abilities beyond that of an ordinary person” including above average strength, speed and a lack of fatigue. Derek Smith at the Dun Cow quickly notices and praises her change in stamina, whilst Sophie shows an ability to easily match the strength of the Redcaps and withstand their attacks. Comparatively, Micky White is unable to even as much as phase them, striking one across the head with a glass bottle with no effect whatsoever, only for it to send him flying.

Secondly, Viviane grants her the ability of what is called “Ethereal fire” that is a mysterious, purple fire like energy she can blast from her fingertips. It appears to exist outside of normal reality, and it is her choice as to whether it impacts the world or not. She does not discover how to use this power until the third episode, wherein overpowered by three Redcaps she uses it to destroy them, and later a supply of the lava drugs. In addition to this, she is also given what is described as “Astral vision” that is an ability to see and interact with spirits and ghosts, as well as to allow others to as well. This has not yet featured.

In addition to these powers, Sophie fights with the mythical Cargást or “spirit” sword, of which glows purple. It is described as “light as a feather and as hard as a diamond”. Following the theme of Arthurian legends and likewise similar to Thor’s Hammer Mjölnir in Marvel, only she and those who are worthy can lift it. A Redcap tries to and is unable. The sword is able to transform itself into a small marble like rock with a North Star crest on it when it is not used, and will only appear when summoned for battle. Sophie uses the sword to battle several redcaps, and appears to have a natural ability to use it offensively and defensively

Comparing to the others

But now for the part you’ve all been waiting for, how does this fare up in comparison to other heroes? Comparatively speaking to the timescale of the story so far, Sophie as an obvious disadvantage in that she is younger, more inexperienced and still accommodating to the changes faced in her life, yet not completely helpless. In a nutshell, she would be able to hold her own against some marvel heroes, but not perhaps others, it should be quite self-explanatory. Let’s investigate.

Captain America would arguably make a formidable opponent for the North Star. Steve Rodgers has no “super powers”, but is at peak human quality for every physical attribute and is extremely suited for hand to hand combat. We don’t know the extent of the North Star’s physical strength yet apart from the fact it is “above average” but not seemingly excessive. She can punch a Redcap and inflict pain on it, whereas her friends could not. She may well be physically matched against Captain America in several areas, his shield would wade any advantages from Cargast but her Ethereal fire would make things difficult for him and gave her a spatial advantage.

Although technically “deceased” this is only a hypothetical after all. Tony Stark’s suit first of all has an overwhelming air superiority and speed advantage over the North Star. Sophie is alluded to be fast, but not beyond human expectations. Iron Man could outfly her and blast a variety of attacks from afar. Apart from the Ethereal fire, she would have very little parity and whilst she would not be an easy target for him, her options in facing Iron Man would be limited. If caught in a close situation however, Cargast could easily pierce through that suit. For the most part though we have to give this one to him.

On a straight up combat level, the outcome is obvious and mostly the same for everyone, except as demonstrated Thor and Thanos. The Hulk’s own strength (when is angry hulk, not “smart hulk”) is astronomical and no human can match it. Sophie can’t compete here. However, that does not mean she is incapable of outrunning or outsmarting the Hulk. There is a chance she could tactfully land a few blows on him, albeit not significantly, but it would ultimately come down to her wits in the end. Sophie is not destined to lose to the Hulk, but it wouldn’t be easy either.

The North Star is in some ways comparable to Thor, because they are both derived from the mythological hero genre, have supernatural powers associated with various forms of energy and wield legendary combat weapons too. Their style is the same. Yet when it comes to measuring the quality of their abilities, Sophie is a poor man’s Thor and is consequentially more outmatched by him than any other Avenger with no actual advantage over him. She does not have his god level strength or Asgardian physique, the ability to fly and her ethereal fire pales to his thunder powers. Herein is a straight up defeat.

Black Widow, or Natasha Romanoff, doesn’t actually have any superpowers, she’s just an elite trained agent. She is smart, slick and skilled in deadly combat which would make most people in the world unwilling to take her on, but there is nothing perhaps the lack of experience of which the North Star could not match her on. This would be make a gruelling fight and Black Widow would certainly cause her some problems, but Sophie’s superior physical strength and other powers would give her the upper hand against Scarlett Johansson’s character.

Mostly per the above, Hawkeye or Clint Barton is an elite agent with formidable skill and not a superhuman. He is shown to be exceptional at marksmanship and sword fighting too, effortlessly killing Japanese Yakusa leaders in Tokyo. A sword fight between him and the North Star would be epic yet it probably wouldn’t take much to disarm him and force him to surrender. He could fire arrows at her but if she is good enough using her powers and Cargast, she could block these attacks meaning he would be gambling on catching her off guard, that’s difficult to do when Cargast itself and Viviane seem to warn her of incoming danger.

Wanda Maximoff has shown her powers are capable of reaching immense levels, especially when fuelled with emotion or rage. In endgame, much was made of her nearly killing Thanos on the spot over the death of vision. She would likely be able to block the North Star’s Ethereal fire and eliminate her distance advantage, and the ability to compound beings as big and strong as Thanos likewise means Sophie’s strength and combat abilities are not a counter here. To put it mildly, she wouldn’t beat Scarlett Witch.

Sophie Scott and the MCU’s Peter Parker are of a similar age group and have some life parallels. They both have faced disruption and tragedy in their family life and subsequently are learning to deal with the powers they have been given (by various means) and likewise rekindle that in a sense of obligation to overcome their family regrets. However, Spiderman would have few options in a fight against the North Star.

First of all, his web shooters are useless as Sophie can burn the web up with Ethereal fire and cut through it with Cargast. Apart from jumping around and being incredibly agile, this means Spiderman has no actual advantages in physical combat and her strength probably matches his to some degree. Peter of course, is a lot smarter than the humble and uneducated Sophie Scott, so perhaps he could use his brains.

Conclusions: Not too bad

How do you think she holds up overall? The North Star is by no means weak when she comes up against the world’s most accredited superheroes, but rather it more than often depends on the type of capabilities they have. In other words, it’s a game of rock, paper scissors. Whilst she cannot beat against the most powerful avengers, such as Thor or Scarlett Witch, she could technically potentially hold her own or defeat a great deal of the group, and if not otherwise it simply comes down to the actual tactics deployed in those scenarios.

But it’s also very early days too. The North Star Universe is still being built. She’s only had to face one type of opponent so far, and whilst she’s done well there will be bigger and more terrifying challenges in the future. The apparent main antagonist of the series, Glanfeoil is only mentioned in reference so far. In this case her personal growth, skillset and experience is still all to come…