The Real Sunderland Places Featuring in the North Star 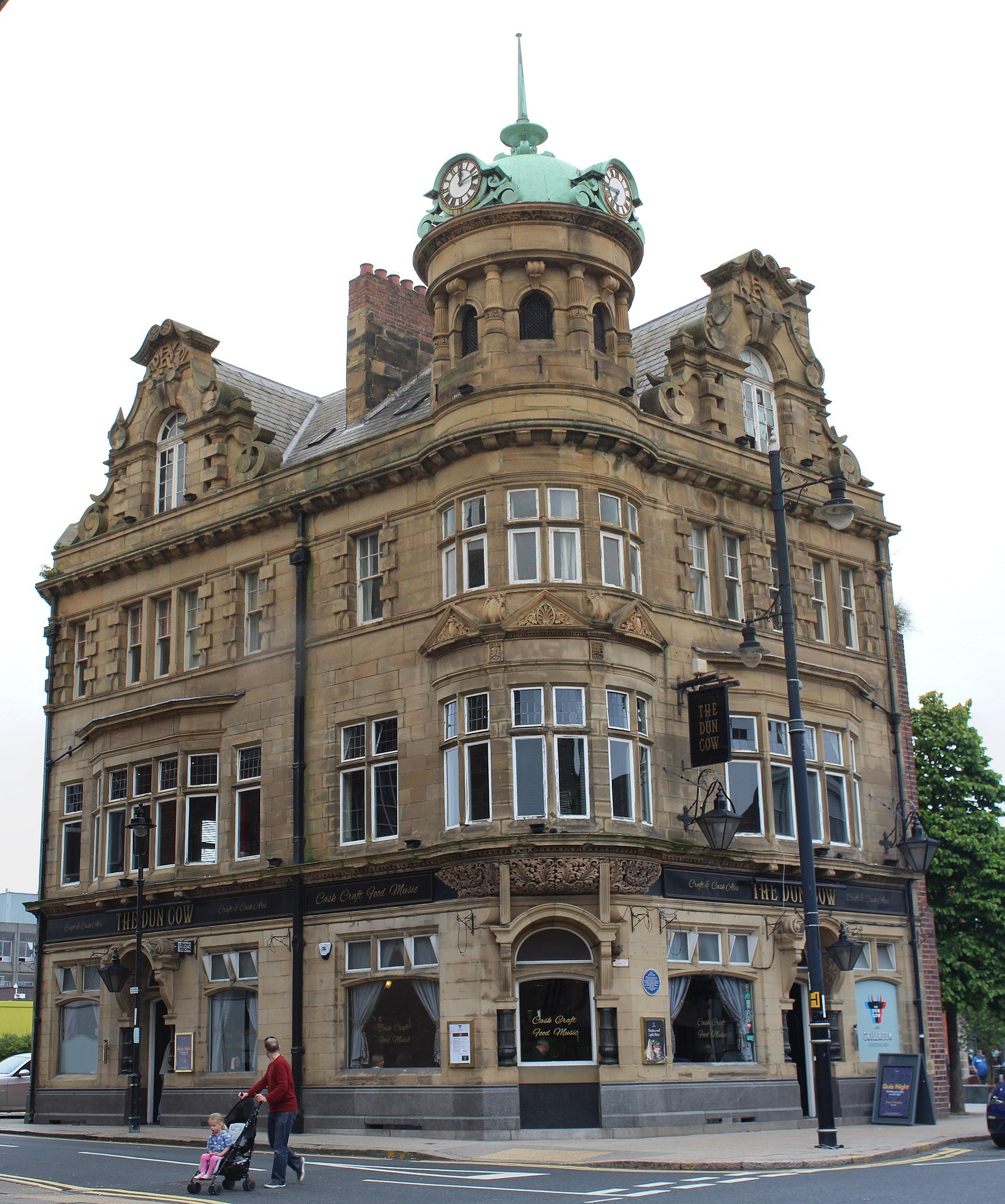 The North Star is pitched as “The greatest Sunderland saga ever told” and it’s pretty self-explanatory as to why. It’s the lucid tale of real lives in Sunderland on the background of an epic urban fantasy which sees an average Wearside girl called onto an epic journey to save the city from an ancient evil titled “Glanfeoil” who transforms young men into monsters known as Redcaps. The story is as original an idea as it is compelling.

Given its setting, it should be no surprise that a number of real world Sunderland locations feature throughout the story. The deliberate and unvague usage of these places is designed to add to the tale’s realism and to create an authentic atmosphere of the city, be it for good or bad. Here we list some of the locations that have featured so far, which as the series progresses is far from exhaustive!

The first and most striking dynamic of the North Star is that the main character, Sophie Scott, works in a real pub in Sunderland known as the Dun Cow, of which is the first location to appear the story. The gorgeous baroque style Edwardian pub is one of the city’s iconic buildings, and was used to illustrate a point about the glory of Sunderland’s history in contrast to the struggles of its present, mirroring the theme of redemption. The bar is managed in the series by the completely fictional Derek Smith, and Sophie’s colleague Micky White also works there. In Chapter III, it hosts a political event in its function room by the right wing William Parker-Fulton.

Thorney Close is a post-war council estate to the Southwest of Sunderland, located off the Durham road. It has somewhat of a shaky reputation. The suburb in the story features as the home suburb of Sophie where she lives on Tilbury Road with her lazy, feckless father Eddie. This is designed to represent the humility and struggles of the main character yet it is also a nod to the author, of whom was born on this very street. Thorney Close is subsequently depicted as symbolizing the spirit of Sunderland and its people.

Also technically part of Thorney Close, the Barnes Park extension is as the name suggests, a westward expansion of the city’s largest park. Yet in contrast to the well groomed Victorian character of the main park, the extension is an open and largely neglected grassland which has problems with anti-social behaviour. The Bishopwearmouth or “Barnes Burn” runs through it. The location features as a defining epoch of the plot wherein Sophie wanders there at night in the first episode after a row with her father, only to be attacked by a Redcap and rescued by the mysterious Viviane, who anoints her concurrently as the North Star.

Foxy Island is the colloquial nickname for open expanse of wilderness between Gilley Law, Silksworth, Doxford Park and Farringdon, its name the last two fused together. It’s known for students of the accompanying school as a cross country run route, which is exactly how it is introduced in the story, with young student Matthew James abducted by a redcap. Later in episode III, Sophie Scott, Millie Chen and Micky White travel to Foxy Island at night to rescue him, where the Redcaps and gang leader Tony Radcliff have established a secret base. It is depicted unsurprisingly as a grim location, filled with litter and dodgy characters.

The Historic Church building in the East End, built in 1719, serves as the scene for the finale of the first chapter, wherein Sophie and her friends meet only to be attacked by a Redcap in its churchyard cemetery, the North Star learning crucially how to use her sword Cargast and fight back. The choice of the Holy Trinity Church is a reflection on Sunderland’s past, heritage and again a nod to the “rebirth” of which the series follows.

There are few other locations which define Sunderland as readily as Jackie White’s Market in the Bridges. In the second episode, Sophie visits her to do her dad’s shopping and visits the (fictional) bakery stall of Jackie “nut meg” meggison, an eccentric family friend. At the same market, she encounters “Disco Dan” the story’s parody and representation of Dave the Rave. These characters are designed to be comic relief in eluding to the funnier side of the city, but will ultimately feature to help the heroes as the series goes on.

Also of a worthy mention include: Backhouse Park, Gilley Law, Park Lane Bus Station, Farringdon School, Hendon and Tesco’s in the Bridges. Yet of course the series isn’t over yet and we can guarantee there will be many more, all of which will seek to capture the magic and soul of the city throughout this series.