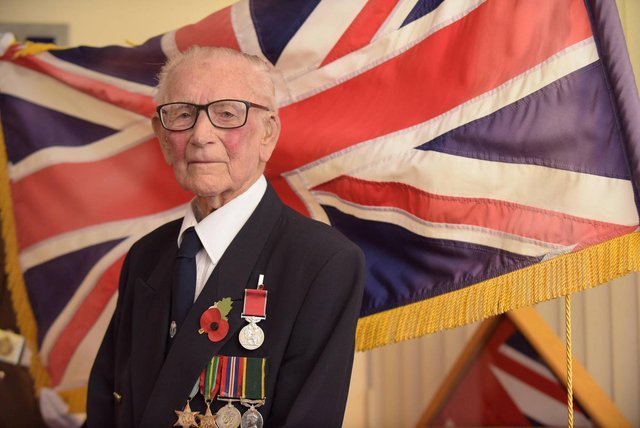 Yesterday the sad news came that much loved local figure Len Gibson had passed away at 101 years of age, surrounded by family in hospital. Only months prior had the RAF done a flyover at Herrington Country Park to celebrate his birthday. Although his loss is saddening, it is nonetheless embracing for the fact that Len leaves this world with no regrets. He has dually and to his uttermost potential, lived his life to the full and in every aspect made a great impact for the better to those around him. Len was a true Sunderland hero and a fine gentleman to boot.

Len’s courage and heroism is best known in his survival of the horrific Japanese “death railway” spanning Burma, as a prisoner of war, a forced labour effort which was torturous and excruciating. Yet this terrifying ordeal is hardly sufficient to capture Len’s achievements. He would up until his last moments place himself in the service and well-being of others. He may be known as a serviceman to his country but not lest his community, whereby he worked as a teacher, sought to uplift people through his playing of the guitar, and support to others through numerous charitable causes. Only a day before he died, had Len selflessly donated the proceeds of his book to charity.

Len Gibson was arguably Sunderland’s very own “Captain Tom” and we must never forget the legacy of these brave and honourable men whom made overwhelming personal sacrifices and endeavours to build this county across the span of a century and never lost their own sense of duty. The Sunderland Community should seek to honour and respect Len’s legacy in a dignified way in turn. He never lost hope, and neither should we.