The Story of the New Monkey: Sunderland’s Most Notorious Nightclub 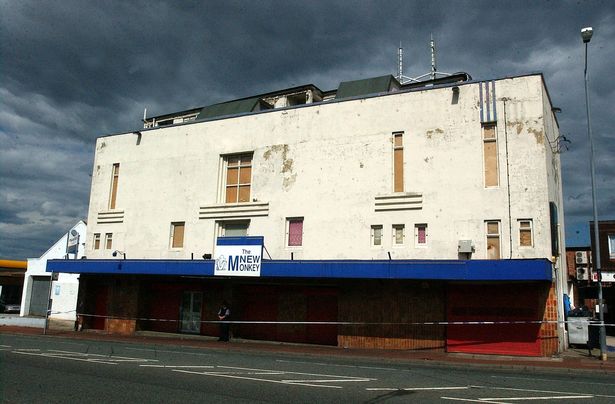 Most people who were around in the early 2000s will remember that just off Sunderland General Hospital in Pallion, existed “The New Monkey” a club that placed itself at the heart of the rave and techno dance culture popular amongst the young people of that generation which found its way here from Europe. If you were a millennial in Sunderland, it’s almost certain you were exposed to the world of rave and aware of this notorious venue at some point. Whether you went of course was another question, and it existed either in glory or infamy for those who knew it until Northumbria Police forcibly shut it down, but some nightclub owners in the area today insist they were stitched up due to disputes with residents. But what is the story of The New Monkey? and why will it always live on in Sunderland legends?

The story of the New Monkey begins with the story of the “Blue Monkey”- a similar venue that existed on Bedford Street where the Cinema is now. A former Bingo Hall, the venue was mysteriously burned down in a fire in 1999. The demise of this popular venue led to a migration to Pallion, whereby another former Bingo venue was transformed into this elaborate hub for ravers. The “New Monkey” was subsequently proposed. However, this came with reprecussions. Pallion, unlike the city centre, is a housing estate and the areas opposite the former club were and still are, housing. Rave is of course a genre of music which is unsurprisingly loud and ecstatic.

When the plans were submitted, they got rejected on this premise. However, they were submitted again on the claim that it would be a “private members dance club” that would not sell alcohol and therefore not be a disruption. But that’s not how it turned out. The club quickly resumed what it was intended to be, and became a nuisance for everyone who lived near it even if there was no alcohol involved. Raving and residents naturally do not mix, not least when a club has become the most popular of its kind across the North East of England amongst young people, the stage was set for confrontation…

And in 2006, an army of 100 policemen raided the premises, arrested 14 people and searched the homes of the manages. A High Court order was then summoned to forcibly close it down. This legacy however, remains controversial. Whilst some associate the New Monkey with drugs and disorder, many people will argue they attended and loved this venue legitimately for the music. One prominent property owner in Sunderland we know, we won’t state their name, continues to passionately argue that the owners were “framed” for this as a political move due to local anger about it. Thus despite the obvious shortcomings which may be apparent, the New Monkey is fondly remembered by some as much as it was loathed by others.

And there is indeed a market of nostalgia for it and the music it produced. The Club continues to exist as a blue check verified page on facebook, still sells its mixes, and as it happens in Newcastle very soon it is hosting a reunion event. Most of the people of course who lived and loved the New Monkey will be in their late 20s and 30s now, but this should remind us that it this situation leaves a powerful cultural legacy, and one which ultimately outshines the flaws which accompanied it. The legend of the New Monkey lives on as an icon of youth. “We were young, we were daft and this is what we did, so don’t be too harsh on it!”

One thought on “The Story of the New Monkey: Sunderland’s Most Notorious Nightclub”