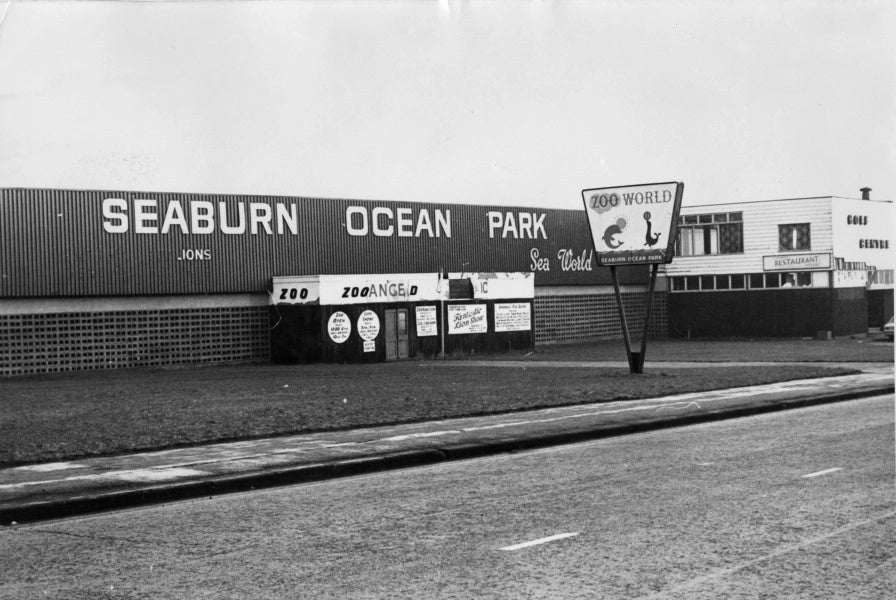 Our seafront has experienced a lot of regeneration over the past few years, but those who have lived longer than most will tell us that in many ways it remains a shadow of its former self. That’s not necessarily a negative thing, but rather reflects changes in how we live. For most of the 20th century there was no such thing as cheap package holidays to Alicante and easily accessible commercial flights. Our holidays were often situated right here at home, and such was for over a century the “Golden Age” of British seaside resorts. Roker and Seaburn as a result, were a lot more popular and busier than they were today and with a lot more to offer. This brings us to the story of the incredibly short lived “Seaburn Ocean Park” or “Zoo”, a project that never made it past the 1970s.

In the 1970s, local fair owner John Collins pursued an ambitious investment with the company that operated the zoo in Flamingo Land, North Yorkshire. The deal involved of course supplying animals in a joint venture on Sunderland’s very own seafront. It’s goal was to make it one of the biggest attractions in the North East. It involved Dolphins, Sea Lions, and also Real Lions, Tigers too! The thought of that in contemporary Sunderland seems almost unimaginable, but this is where we were. The pinnacle of the zoo’s attraction of course were its spectacular shows with the sea animals, as you might expect in modern Zoos.

But why of course, you must be asking, why did it fail? Surely such a resort would be popular even today right? Sunderland City Council revoked its license in the year 1978, and the reason why is attributed to a reputational disaster which branded the zoo a liability to public safety. We introduce you to the story of Janet Coghlan. She’s still around today at 55 years of age, originally from Roker but now living in Sheffield. She quite literally bares the scars of an unfortunate incident of that year.

When she was 12 years old Janet was helping out at the Zoo during her summer holidays, when all of a sudden a Bengal Tiger known as Meena was allowed out of her cage, without warning. As you can imagine, Janet was attacked by the tiger across her neck and face having quickly pounced on her, but managed to escape the scene. The ordeal left deep set scars which are still with her to this day.

Janet may have survived the incident, but the Zoo itself did not. As the world changed and the British Seaside “golden age” came to an end, Roker and Seaburn declined as a desirable place for investment, and nobody ever had the initiative to resurrect the idea again. Yet now, as the area is experiencing a revival of sorts, who knows? Would you ever welcome a zoo back in Sunderland? Would it work? Let us hear your thoughts!