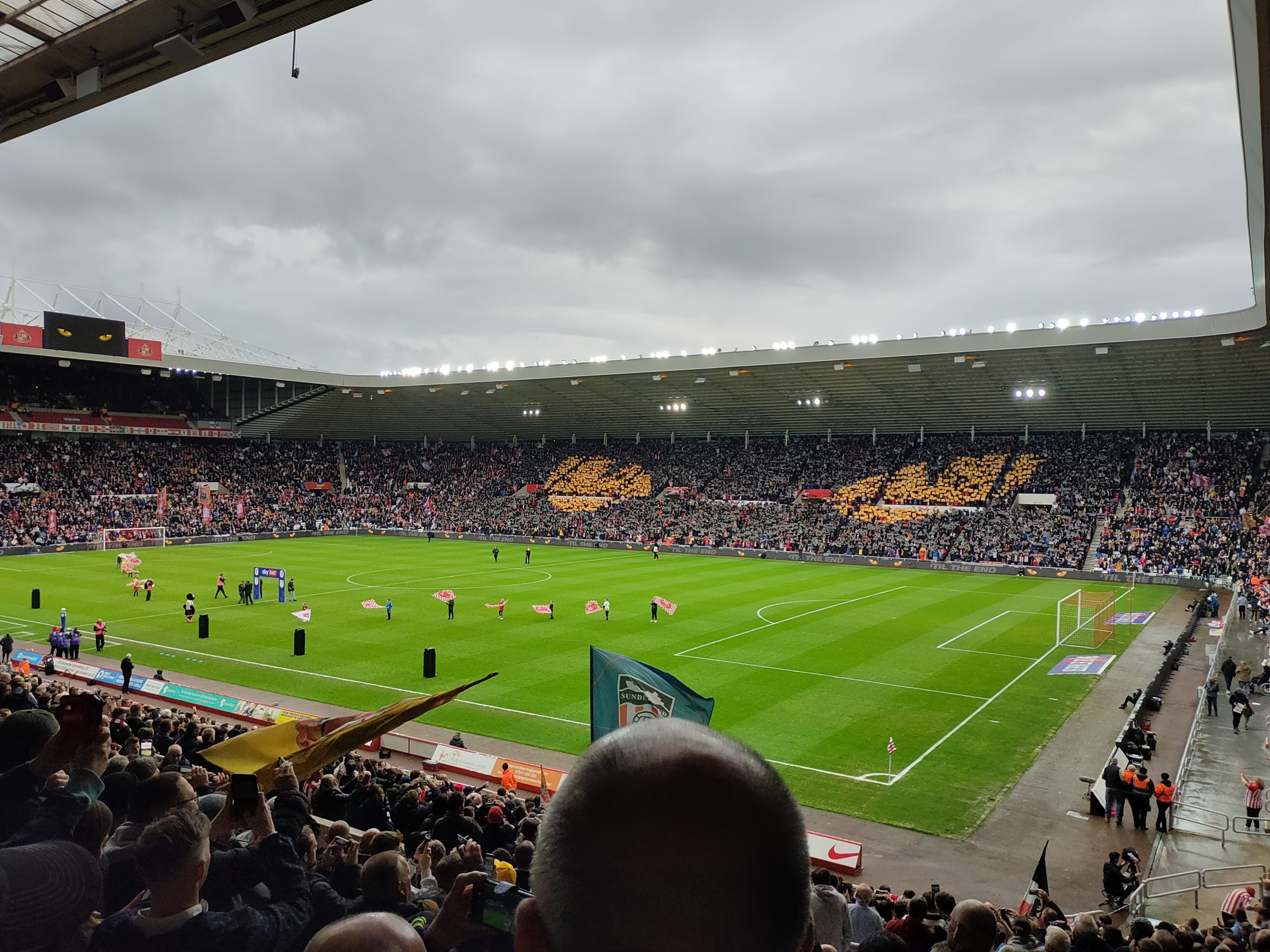 Sunderland will go to Hillsborough on Monday with a vital 1 goal advantage that could have easily been much more.

An amazing 44,742 Mackems roared on the lads as they started the game on top, with an early chance coming from Patrick Roberts who cut in on his left but unfortunately he saw his shot go straight at the ‘keeper.

Despite the pressure from the home side, it took them until seconds from the half-time whistle to get their goal.

Ross Stewart pounced on to an error from Sam Hutchinson which saw him go one on one with the ‘keeper.

His first attempt was saved by Peacock-Farrell but Stewart managed to squeeze in the rebound.

The Black Cats ‘kept the pressure on in the second half and were incredibly unlucky to see Alex Pritchard’s attempt from 20-yards out hit the bar.

Just a couple of minutes later, Sunderland had another glorious chance as Jack Clarke put in a great ball and Batth headed it back across goal but Cirkin’s header failed to hit the target.

Pritchard also had another decent opportunity when Patrick Roberts did brilliant on the right-hand side and squared it across to Pritchard who’s shot was deflected over the bar.

Ross Stewart had one more chance in the 90th minute when Peacock-Farrell came out to header the ball but gave it straight to Stewart who failed to capitalise on another mistake.

What a game. I can’t believe how unlucky we are to just be 1 goal up.

We dominated that game and I am proud of the lads.

It’s still all to play for but I believe that we will do it as long as we play half as good as we did today at Hillsborough on Monday night.

The only negative I have is I don’t see what Neil sees in Jack Clarke as he did nothing today!

Patrick Roberts and Lynden Gooch in the second half did brilliantly on the other side.

Didn’t have much to do. Commanded his box well.

Did well defensively and also looked a threat going forward.

Brilliant defensive display. Strong in every tackle and nothing got passed him.

I thought he was brilliant today. He kept us ticking and got stuck in aswell. Great to see him improving.

Got stuck in and never stopped running. On the ball though, I thought he struggled. Quite a few misplaced passes.

Was very unlucky when his effort hit the bar. Caused all sorts of problems. His deliveries from set peices was slightly disappointing.

One good moment when he created the opportunity for Cirkin. Apart from that I think he struggled against his marker and found it hard to get into the game.

Cused all sorts of problems in the second half with his blistering pace.

Despite missing that chance at the end. He put in a great shift and constantly put pressure on their defence. Was slightly lucky with his goal but he did well to follow it in.

Came on with 15 minutes to go. Battled well in the middle of the park to keep the lead.

Didn’t do much when he came on but kept putting the pressure on as we defended our lead towards the end.

Didn’t need to do much as he only played a couple of minutes.