The City of Adelaide, One of the Greatest Ships Sunderland Ever Made, and then Squandered… 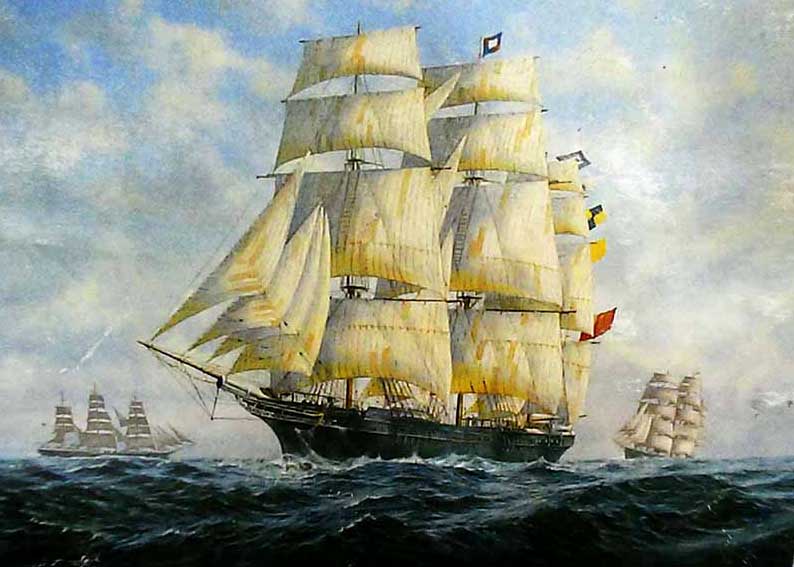 The City of Adelaide is the oldest surviving clipper ship in the world. Built in the year 1864 by the hands of Sunderland men in the shipyard William Pile, Hay and Co, Adelaide was the fastest ship in the world of its time and as its name suggests, was a crucial transport link to early Australia, carrying passengers to Port Augusta in South Australia from Plymouth. Over 250,000 Australians trace their family story into the country through this vessel.

The ship is of immense historical value. It’s one of just three sailing ships to survive intact to the modern era, the only passenger based one left in existence and the only other clipper vessel besides the Cutty Sark in Greenwich. You would think in practice that this ship should be an icon of Sunderland’s Maritime history and heritage and should be up on display here, yet it isn’t.

The failure to obtain and regenerate the City of Adelaide is one of the biggest failures of Sunderland authorities in modern times, especially in relation to tourism and iconography. Long after its service, the ship had a long winded history first as an American cargo ship, then as a floating isolation hospital in Southampton, before becoming a floating club for Royal Navy reserves in Glasgow by the 1940s. Eventually, it winded up in a shipyard in nearby Irvine, and was left here to rot with funding having been stopped by the Scottish Maritime Heritage in the year 2000 to restore it.

Instead, the vessel was obtained by authorities in Adelaide, Australia where it was subsequently shipped and will be restored and put on display as their visitor attraction. Whilst of course it is objectively good that the ship is being preserved and recovered, as opposed to rotting away, the question beggars belief why did Sunderland Council not aim to take this opportunity whilst it was still relatively local? This is one of the most historically grand ships the city has ever built.

The council over the years has invested in iconography related to Sunderland’s maritime heritage for years and got grants to do so, from Keel Square, to the disastrous Ambit and so on, what was the excuse for this? It would have been a far more lasting investment for the area. But no, the ship may have gone to a place that will look after it and care it, but there was a special place for it here in our hometown. Sunderland made one of the world’s oldest and most iconic ships, a living piece of history, and squandered it.