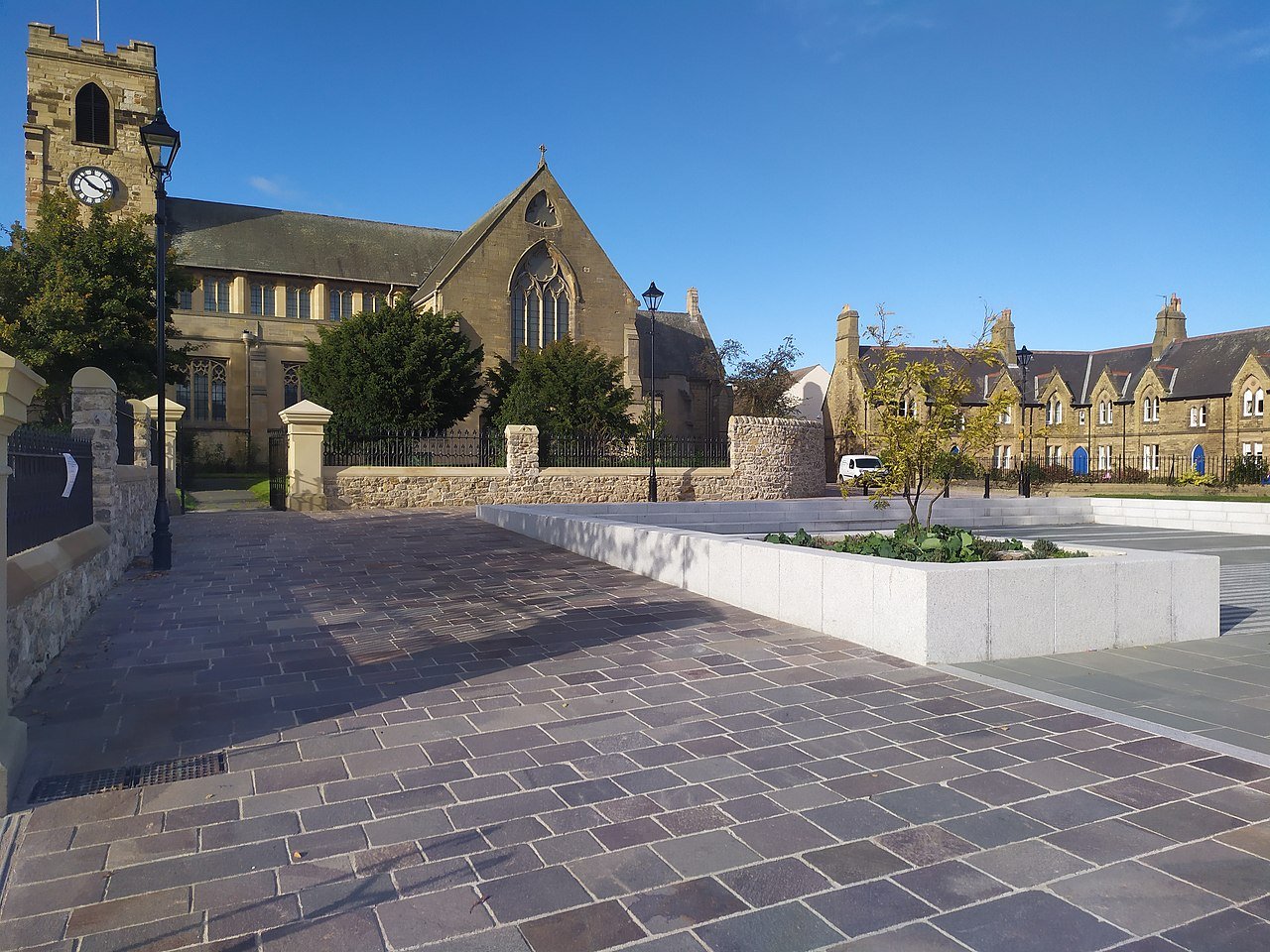 The village known as “Bishopwearmouth” was a predecessor of modern Sunderland, with St. Michael’s Church, now the “Minster” sitting on the hill, all life in the rapidly growing area once revolved around it as the city centre of Sunderland in the East moved westwards. The two places merged, leaving only a reminiscent of what this former settlement used to be. The Minister Quarter and the Green in some aspects, were lost to history even if populated by new things such as the Empire Theatre by the turn of the 20th century.

To make things worse, in an era of economic and industrrial decline throughout the 1980s and 90s, commercial activity Sunderland’s City Centre shrank in real terms. Several areas to both the east and west of the area became filled with empty buildings and derelict sites. Focusing on the west, the city’s once booming Vaux brewery closed down, leaving an empty site for nearly 20 years. In that vicinity, the city’s former Fire Station also stood in a state of abandonment. Whilst the area around it still consisted of the Empire Theatre and a few bars and restaurants, it regressed into becoming an empty, lifeless and obscure area of the city.

Now however, an overwhelming transformation is making serious progress. The city’s authorities have had a great deal of success in securing a plethora of regeneration projects in the “Minster Quarter”- some of which are complete and others which are currently underway. The scope of the change has commenced at a higher speed and frequency than anywhere else in the city centre and lays a template for its future. With the new “Riverside Sunderland” development, the authorities are attempting to create a new “core” of Sunderland, inclusive of this area. Below explores just what these changes are, what is still to come, and what it all represents.

The area’s change in fortunes first kicked off with the construction of Keel Square. This public space, facilitated by a grant from the European Union sought to immortalize the area’s maritime and industrial heritage. Constructed in 2014-2015, the Square possesses fountains and an engraved detailing of every single ship ever built in Sunderland. Although its construction was met with a negative, cynical reaction from some residents (which is common given the area’s poor fortunes) it has since provided a platform a number of events and ventures including Hadrian’s Tipi, injecting new life into it.

The construction of Keel Square was later followed by the re-invigoration of the city’s historic Fire Station into a bar and restaurant facility. The historic building was given a new lease of life and reopened in 2018, after a successful campaign by local figures and authorities to save it. The new establishment has proved to be a success story and a popular hangout for locals. Next door to it, the construction of a long awaited music venue is now nearing completion. The concert hall will host smaller music events with a total capacity of 800 people, adding to the area’s culture and event mix alongside the Empire Theatre.

Adjacent to the square, progress on the Vaux Site has been moving forwards. Despite a long delay, and then the unfortunate collapse of the real estate form Carillion, the Vaux Site’s first office building: The Beam, was finally completed in 2019, doubling Keel Square in size. Although again this was criticized by some locals for its design, nevertheless the building has been an immediate success by drawing in the food delivery company Ocado as its first tenant, adding 300 new office jobs to the city centre, which has suffered from a lack of these opportunities. Next to the Beam, the new City Hall is set to be finished by the end of 2021. Plans have also been moved forwards to build a new eye infirmary on the site, as well as a new green cladded carpack.

Again flipping back to Keel Square, construction is also underway on the Keel Square Hotel, with the popular brand Holiday Inn set building a two storey facility on the square. Although this also experienced delays, as well as a downsizing of what was initially proposed, nevertheless the building will create an additional 130 jobs in the area and also transform it into a prime area to stay in Sunderland City Centre, something which will be needed once the pandemic is over.

Finally, last year construction on Sunderland Minster’s new “Town Park” was finished- this project, funded by a £1.9 million national lottery fund grant designated to restoring city center sites, was designed to transform the area around the Minster into a neat new plaza and park which will significantly enhance its visual appeal and reflect upon the historical green of Bishopwearmouth, in the process accelerating business opportunities in the area surrounding it. Successful cities always require beautiful, core green spaces, maintaining a delicate urban-nature balance.

When all the above is taken into consideration, one must acknowledge this area of Sunderland City Centre is being completely reborn and reimagined, with big implications for business and investors. Of course, there is still much to be done. Residents will point towards the rest of the Vaux Site being empty and the gaping hole next to the Bridges where the Crowtree Leisure Centre once stood, the former is still yet to meet public expectations.

The Minster Quarter is an area that has has significantly revived and re-invented itself, but it is not yet perfect. One can surely hope that the spree of construction can have a momentous effect which makes businessmen more inclined to chance on the area. In any sense, seldom has Sunderland been use to such city centre progress.