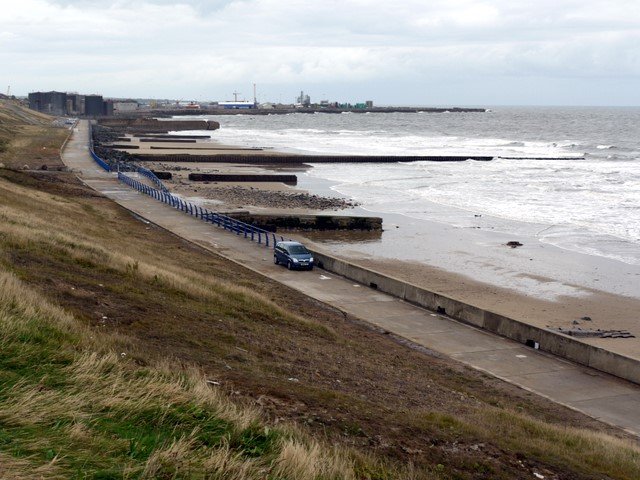 Welcome to Hendon. Although one of the oldest, it’s probably one of the most notorious suburbs of Sunderland and the butt of many jokes. We don’t need to go into detail because it’s quite obvious. But what if we told you that Hendon was not always like how it is “conceived” today, that behind the more infamous image it is saturated in, that Hendon had a more interesting and nobler history. Recently, Sunderland Global Media has been diving deep into the historical record of this suburb to uncover the true story behind this colourful area.

What exactly is Hendon? Where did it come from? This is a question that there seems scant evidence on, yet the meaning of its name leaves us some timely close. According to the scholarly book “The Place Names of Northumberland and Durham”- The word “Hendon” is not derived from the place of the same name in London, but from “Hynden” of which is an evolution of an Old English name “Higna-denu” which roughly translates into “The Valley of the Monks”.

Ultimately, the word “Don” is consistently applied all over English place names as a “hill or valley”, so this makes sense. Farringdon was “The Hill of Faer and his sons”, Grindon was the “Green Hill” and so on. The Hill or valley of course which is being referred to in “Hendon” appears to be that of the Backhouse Park Area, we’ll get to that soon. This is also the definition of the “South Moor” of which later defined the name of the nearby school. The stream which cuts through the park starting up in Foxy Island in Gilley Law, titled “Hendon Burn” headed from here to the sea and created a Dene. But Monks? This remembers unclear, yet that itself may be a clue to what has not been discovered.

The earliest traceable record of this place known as “Hendon” or “Hynden” pops up in the 14th century, where in the year 1381 a man known as Thomas Menvill was recorded as paying rent to the Bishop of Durham to build ships in the area. This is also significant as it marked the de-facto historical start of Sunderland’s shipbuilding history, of such from this date would span over 600 years. This also expanded the definition of the area of Hendon towards the Old East End and Dockyard era.

As the town of Sunderland subsequently grew up on the South Bank of the River, the area of Hendon subsequently emerged as a leisurely resort in the late 18th century, before it was born as the industrialist suburb we know it as today. Yes, that includes the notorious Hendon Beach too. The area was in fact famous for its spas. A venue was built known as the “Hendon Bath Hotel” which was known nationwide for its hot paths. Hendon Beach was also a seaside resort at this time too. The construction of the Sunderland Docks would ultimately transform the area and bring an end to all this.

Hendon was also an agricultural area too. The above picture illustrates what is now Hendon Road, of which used to be known as the “Hendon Lonnin” which bore two stone based windmills. This was originally a “private carriage road”. The Hendon Burn stream also passed through this area on its route to the sea. Old 19th century maps show that farms in the area included “Hendon Red House” and also “Hendon Blue House”- note the latter name, this is the preceding property of what eventually would become “Blue House Field“- the birth place of SAFC and its first home ground.

The Valley of Love

Yet one of the most mindblowing things about pre-modern Hendon is that the area which is now Backhouse Park and Hendon Valley Road (hence the name) was known as the “Valley of Love” a beautiful area which captured the comprehension of the area as a resort by the people at time. This prompted a famous painting by John Herring in the year 1940, what is now owned by the museum.

So where did it all go wrong?

You’ve been undoubtedly asking this for a while now, where did it all go wrong? Indeed… From the 18th century onwards, the town of Sunderland was carved out as a separate parish from Bishopwearmouth and began to grow rapidly in size as its industrial fortunes changed, especially with the creation of the port (as noted above) in the mid 19th century. This seen Hendon swallowed up by the growing town and this brought an end to this luxurious spa and valley resort, with it replaced by terraced housing to accommodate the rising inflow of migrants from various parts of the country and beyond.

The decline of the Hendon beach resort through the building of Sunderland Docks led imminently to the rise of Roker and Seaburn as alternatives. Despite this sad ending, one cannot deny that Hendon nonetheless has had a glorious and intriguing history. Before the modern era, it was not associated with poverty, crime and delinquency, but was held by the wealthy in high regard as an escape from the hussle and bussle of the Sunderland township. Times may change, but we should always remember what Hendon was in the hope that one day we may see the “Valley of the Monks” or “of Love” rise again.