The Most Famous People in History to Have Visited Sunderland, Past and Present 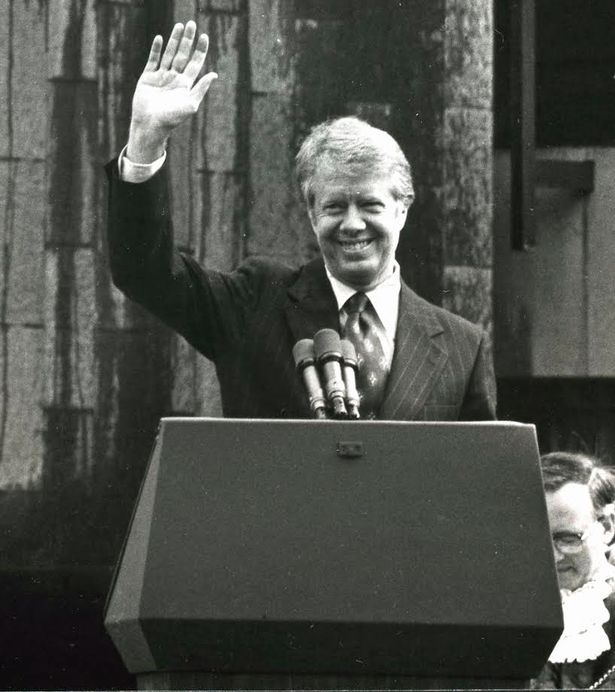 Sunderland is far removed from the centre of political power and wealth in Britain, that being London, so we tend to appreciate it a bit more when big name come Wearside’s way. Of course there are many notable figures and celebrities from Sunderland and the North East irrespectively over the years, but who are the most famous people of all to have visited Wearside, including Historically important figures? Here we compile a list of these people!

Jimmy Carter was the President of the USA from 1977 to 1981. A former Peanut farmer from Georgia and a Democrat, Carter visited Sunderland and the North East on his first year of President whilst visiting the UK, also commemorating the heritage of George Washington. A facility in Doxford Park was named after him, titled “The Jimmy Carter Centre”, it’s now the local Morrisons supermarket!

The President of the USA people are usually not aware visited Sunderland. Grant was the commander of the union forces during the American Civil War and later President. In the final year of his Presidency in 1877, Grant visited Sunderland where he watched the founding stone ceremony of the local museum. Who would have thought that?

Although somewhat more predictable as having been the Prime Minister of the United Kingdom, Winston Churchill made a visit to the area in wartime during 1941. This photo remains, but the details of the trip otherwise appear to have been lost.

Alexander I, Tsar of Russia

Another visitor that has been largely forgotten with time, Alexander I was the Emperor of Russia from 1801 to 1825, and is famous for defeating Napoleon’s invasion of his country in 1812. In a 19th century book, by James Burnett “The History of the Town and Port of Sunderland” it is revealed that the Tsar visited Sunderland in 1816 and beheld the newly built Wearmouth Bridge, reading out loud its inscription “”Nil Desparandum Auspice Dio”

In 1918 the King of the United Kingdom, George V, visited Sunderland and toured its shipyards. This famous photo exists of him meeting a young boy. Of course there are many, many Royals to choose but if we included them we felt it would be cheating! This iconic photo of George however made it worthwhile to include. A minor shoutout to other Royals who visited Sunderland would also include our current Queen Elizabeth II, her former husband Prince Philip, Prince Charles and also Diana.

The most famous and iconic band in all history, the Beatles performed in Sunderland on 30th November, 1963 at the Empire Theatre. What a moment and era this must have been to seen them perform there, a “once in history” chance arguably.