The Lost and Forgotten Cemeteries of Sunderland: A Guide 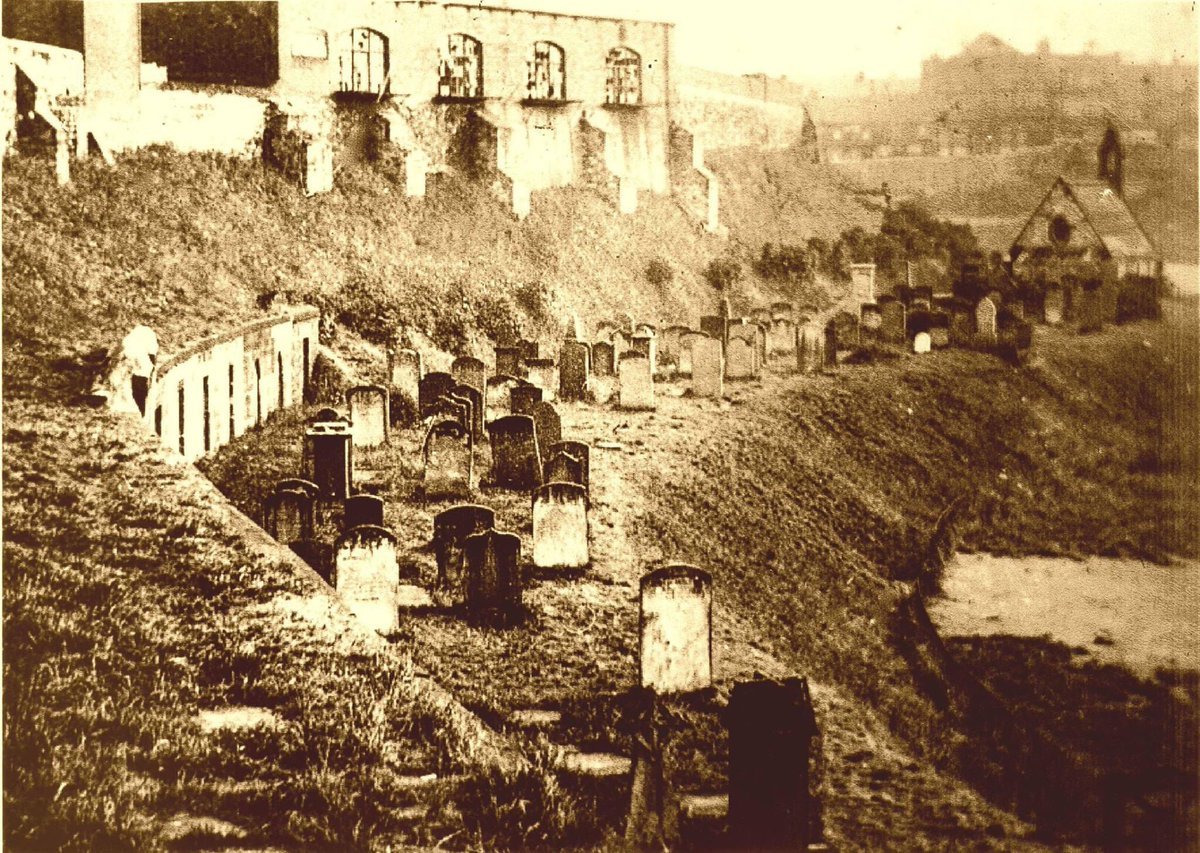 A Cemetery is a place where we bury and remember our dead. We often take their presence for granted given we can always identify headstones and graves, and often associate various sites throughout the city, be it Bishopwearmouth, Grangetown or Fulwell, with those in our own family who are interred there. But even the memories of the dead can die, and cemeteries themselves are not forever. Throughout Sunderland there are a number of lost and abandoned cemeteries which through rapid development and generations have fell out of public consciousness, either lingering in a state of ruin or have been removed completely. Here we take you through these places, which are dotted far and wide throughout the area.

St. Michael’s Church is the core of the old Bishopwearmouth village and has existed since the Middle Ages. Whilst once upon a time its own churchyard was sufficient to cover the area’s small population, in the 18th and 19th centuries industrialisation seen the number of people in the town swell rapidly which meant a new cemetery was needed. Before Bishopwearmouth Cemetery on Chester Road was opened, what was known as the “Galley’s Gill” or “Rector’s” Cemetery around what is now the Riverside Park. Its usage was brief and also attracted controversy due to being next to what was the “National School” and faded out in the same century. By the 1970s, the area had been landscaped and the headstones were removed, it was unkown what happened to the bodies.

Ayre’s Quay Cemetery is a little known abandoned Jewish burial ground which was created in the late 18th century, built before the Jewish community of Sunderland concentrated themselves in Ryhope. It is estimated to hold the remains of over 500 people, and was used up until 1856 of which it has been subsequently forgotten since. Only a few headstones remain, and there is an urgent need for community intervention to save it from further decay.

Houghton Le Spring is described as an “ancient village” which celebrates its own heritage separate to that of Sunderland as a whole. Just off the Durham Road on the way to the area sits a discrete and largely unknown graveyard known as the “Houghton Hillside Cemetery”- A byproduct of the 19th century Cholera epidemic which struck Sunderland and Britain as a whole, Houghton’s traditional church was no longer able to cope with the intake of bodies and this new hillside cemetery was built. The facility was in use up until as late as the 1970s, of which it was then forgotten. The local community in Houghton have nonetheless fought to preserve it.

If you look at the Holy Trinity Churchyard today, you mind gain the impression it is simply an open park of sorts with a few memorials in it. Wrong. What you see is in fact the largest known former cemetery in Sunderland, of which hosts beneath your feet an estimated 100,000 bodies. The Holy Trinity Churchyard was of course the original Sunderland graveyard for the early town in the East End and was used up until 1855, whereafter Grangetown Cemetery was open. At some point, the headstones were cleared away leaving just three graves commemorating local heroes. These include famous Sunderland hero Jack Crawford, 19th century Rector Robert Gray and a local pharmacist known as John Dixon.

In the village of West Herrington off Herrington Road sits St. Cuthbert’s Churchyard, a cemetery which served the former Herrington villages when they existed as their own parish prior to absorption into Sunderland. The church accompanying it was unfortunately demolished in the 1970s, of which brought an end to the cemetery’s use. Unfortunately, many of the gravesites are starting to decay with age and abandonment, apart from a select few commonwealth war graves. It is arguably one of the most peaceful secluded spaces in the city.

Are there any others?

Sunderland has many cemeteries, which is a testament to how an area rapidly developed and consolidated from a series of smaller areas into a mighty industrial town. But what we’ve presented here only scratches the surface on what we know, focusing on the burial grounds of the early modern era, which can be recorded and traced, but what about before that? There is still arguably a lot to be discovered on Wearside, who knows where the people of the Middle Ages and before were interred….

One thought on “The Lost and Forgotten Cemeteries of Sunderland: A Guide”