The Vans We’ve All Seen Around Sunderland, But Just Who is “Big Bear Beds?” 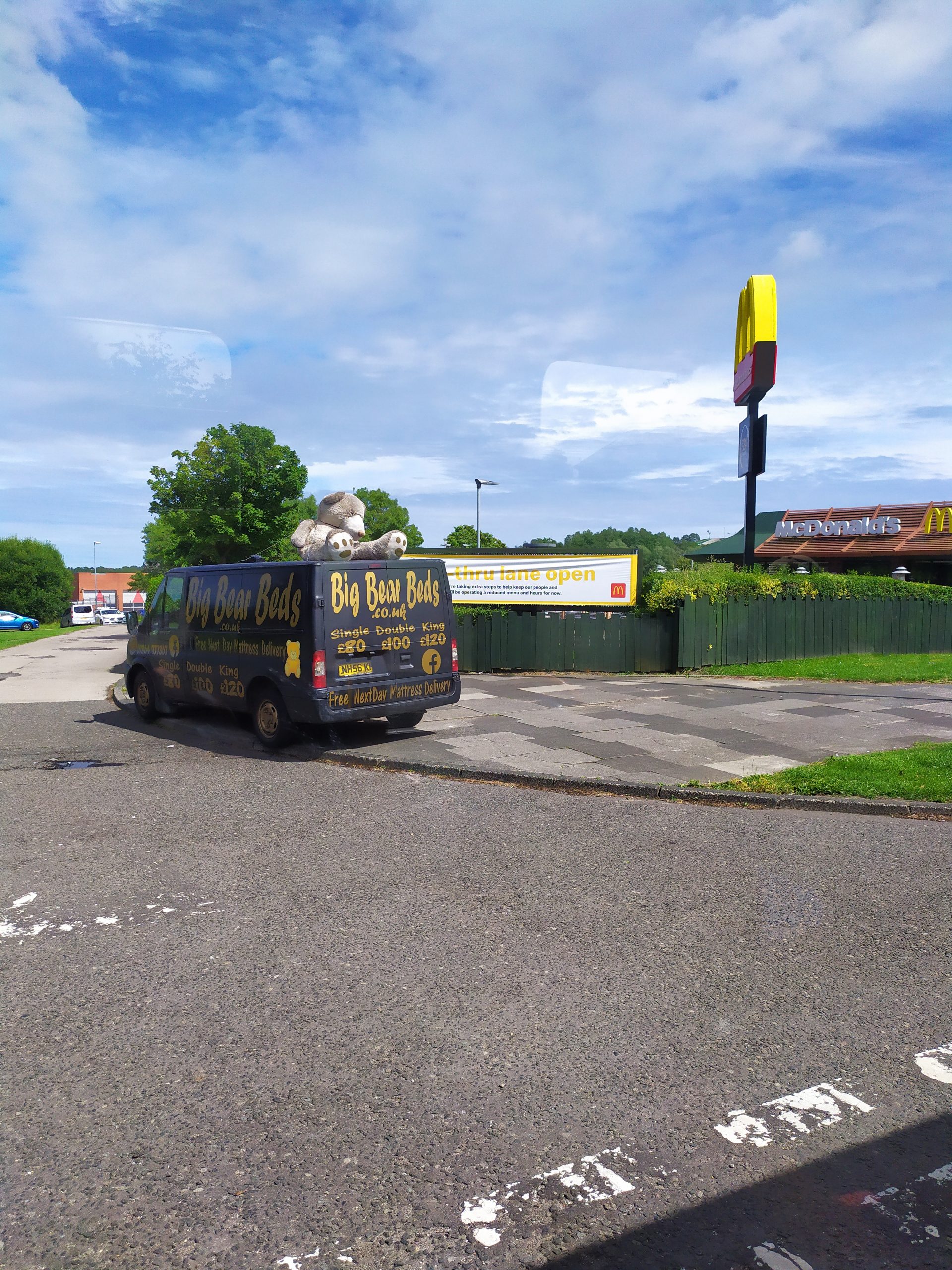 There’s few people who haven’t seen this van around Sunderland. Often parked on the Durham Road, be it near McDonald’s on Farringdon or up next to where the Prospect Was, the image of a big teddy bear perched on top of a van is simply unmissable. It has frequently become the subject of jokes and conversation on various online platforms, including on the Ready to Go Messageboards and the Sunderland Have Your Say Facebook Community. In more than a few ways, its becoming the city’s most unlikely local brand and icon due to its very simple, but effective advertising.

So that begs the question? Who are they? And how popular are their products? Here’s what we know. First of all, there are not just one, but three Big Bear Beds vans. Without revealing the identity of the owner, the people behind “Big Bear Beds” appear to reside on Thorney Close near the A690… and no that’s not stalking because the van parked outside their home makes it blindingly obvious. Secondly, their business office is based in the Business Centre in the Middle of Pennywell, where their sign can also be found on the opposite side of the street.

This begs the next question, how are their products? And has anyone ever bought one? Their advertising seems to be paying off. On their facebook page we counted over 108 reviews which largely all placed it at 5 stars, and everyone who bought their mattresses seems to be satisfied. This matches up with highly competitive and affordable prices on their website too.

Looking at this, Big Bear Beds seems to run an extraordinarily simple, yet effective business method. It’s floated almost entirely on free advertising, and we all know who they are. Mascots matter! A true Thorney Close story of entrepreneurship!

2 thoughts on “The Vans We’ve All Seen Around Sunderland, But Just Who is “Big Bear Beds?””