These Are the Greatest Songs About Sunderland and the North East 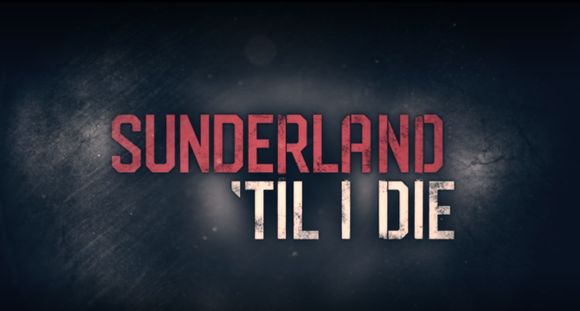 What are some of the greatest songs ever written about Sunderland and the North East of England at large? When it comes to music, our region has its own special quality. Whilst the area has produced many many famous musicians on the national and world stage, the tunes that focus more specifically on who we are, our history and our local life should not be forgotten. These are the songs which often touch our souls and give us hope, no matter where we are in the world. Here, Sunderland Global Media provides a helpful, but not definitive or exhaustive list of some of the best songs which focus on our city and region. Enjoy listening to them!

Shipyards: By the Lake Poets

Starting off with the most well known of late, this wonderful nostalgic reflection on the city’s maritime heritage featured in Netflix’s “Sunderland Until I Die” Documentary. Like many songs we will discuss on this list, it followed the theme of a city or area finding a hope of revival in the wake of industrial decline and appreciation for the work our parents did. The closing lyrics “I hope that I am making you proud” speak to us. In late 2018, there was a campaign to get this song up into the top of the national charts.

Sunderland I Miss You: Northern Delight

There are two versions of this song, a simple more folk like version and a radio dance edit, both of which came out around 2011. The song again covers the reflection of the city’s mighty past, the hope for the future and the “bug” that catches us when we have to leave the area behind that we will one day return. In reflecting the pain we have suffered, the song reflects that “this city’s dream is still alive”, that it is “the start of a brand new day” and “our treasured days will never die.”

Although he’s a Tynesider and of course, a mag, Jimmy Nail’s “Big River” released in 1995 nevertheless details one of the most exceptional and touching shipbuilding songs ever written, and is easily applicable to Sunderland or Newcastle. Nail beautifully details the experience of growing up in a shipbuilding town and his dad who worked at the Neptune Yard of Newcastle, as well as the tragic experience of it eventually closing down. The song ends again with the dream of redemption and hope expressed in the strength of the people, vowing that “the river will rise again”- No difference for Tyne or Wear here.

Another Newcastle song sung by the late Ronnie Lambert (d. 2009). River Tyne details a young man who leaves home and ventures the world, but ultimately dreams of returning home to his true love of the “River Tyne”. Lambert’s songs as a whole generally follow the theme of being forced to leave the region in search of work, but embed the dream of coming back and revival, “gonna come back home and stay time” he vows.

Too many Newcastle songs… Seagulls and Saints is a local anthem written and sung by Barry Hyde of the Sunderland band the Futureheads and was designated for the area’s unsuccessful City of Culture bid for 2021. The song if not evident already, is a dedication to the city’s spiritual history and the seafront.

Do you have any additions or suggestions to add to this list? Let us know!