Who is Glanfeoil? The Yet Unrevealed Antagonist of the North Star is Sunderland’s Answer to Voldemort 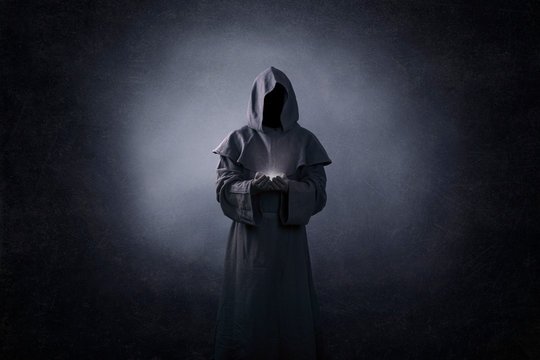 If you’ve been keeping up with the North Star Series here on Sunderland Global Media, you’ll be aware that there is increasingly a major villain in reference who has not yet appeared in person. The latest installment, The Curse of the Gadgie, seen our heroes go face to face with the dreaded spirit of the old East End known solely as “The Gadgie”- whom appears as a crooked old man who curses and torments people in a vengeful manner. After Sophie wins the spirit’s allegiance through announcing she is “The North Star”- the Gadgie speaks to the group and the legendary Caenterstaff is being sought to facilitate the return of Glanfeoil, who he describes as a “a figure of hellish nightmares and incomprehensible evil”. But just who is he? And what is known about him so far?

We’re eight chapters in, but we’re yet to see Glanfeoil directly. He’s been mentioned throughout the entire series, described by Viviane as an “evil spirit” at the very beginning, and later named directly in the following episode “A Holy Trinity” when a dying redcap swears allegiance to his name. It is not until Chapter 5: Big Trouble Upon on Little Silksworth, until we learn more about this figure, whereby more Redcaps describe him as “the father of the island, the sage of Brigantia” professing that “we have been blessed by his infinite and tender mercy to serve him, that he may fully awaken from his deep sleep, sweep the land of all those who are unpure and kindle his kingdom”.

If you’ve been paying careful attention to detail, the picture is apparent that Glanfeoil is an evil force or figure of some sort that is seeking to return to the world. The Gadgie gives us the most vivid introduction to him yet, saying that Glanfeoil was “One of the most terrifying warlocks ever to walk this earth” and that “he sought the magical powers of the Caenterstaff in order to conquer Northumbria and drive the Anglo-Saxons from the British Isles”. However, he was defeated by King Oswald, who “Using the staff’s power, he imprisoned Glanfeoil in a pocket universe”.

After Glanfeoil was imprisoned, the Gadgie states the staff was sealed away in a “sacred place” that he cannot reveal, but because the people of the North East are lost in hopelessness, anger and misery following the decline of industry, the magic locking Glanfeoil away is waning and he is increasingly able to “seep through” in spirit. However, he cannot return unless the staff is found, therefore tasking Sophie and her friends to find it first. The Gadgie has given us a riddle on its location, but that is yet to be disclosed unless you are smart to work it out!

In this case we have the following picture: Glanfeoil is a terrifying dark sorcerer who is facilitating his own return into the world by a number of willing accomplices, striking a similar thematic approach to Harry Potter’s main villain Voldemort or Sauron from the Lord of the Rings. If you’re into gaming, he’s also inspired by the main antagonist “Dagoth Ur” of the Elder Scrolls III: Morrowind, another apparently long dead evil force awakening again to impose his order on the world.

Of course there are some key differences too. Glanfeoil’s magic has already been revealed as intentionally turning young men into deranged monsters known as “Redcaps” (derived from Northumbrian folklore) and is facilitated through the drugs trade, thus blending fantasy themes with crime. Also of note of how his role plays directly into local folklore and history. He is not just a villain of the North Star, but woven into the story of King Oswald, “The King of the North”.

Yet, this is only scratching the surface. We are yet to see him or what he does, and we are yet to perceive his motivations, but one is for sure Glanfeoil is a villain tailored for the North East of England and arguably will be the most terrifying one ever created. As we said before, the North Star is now getting serious.

The North Star Chapter X: In the Name of the Father

The North Star Chapter IX: A Working Class Traitor is Something To Be